Find out which Toy Story Character you are with SM Cinema

Whether you were a kid or an adult when the first Toy Story movie came out, this movie undeniably resonates in all of us. It is instantly relatable to anyone who owned any kind of toy in their childhood and seeing the toys come to life is indeed a dream we all had at one point. It's been over two decades since the first Toy Story film was released and starting this June 20, these toys from our childhood are returning for another fun-filled adventure with new characters for us to love with the upcoming release of Disney and Pixar’s Toy Story 4. So which of the lovable characters is your kindred spirit? 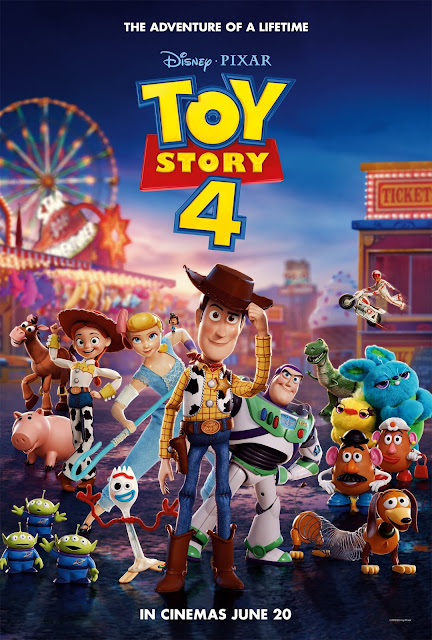 If you are protective and usually think of other people first, you are most like Sheriff Woody Pride. The leader of Andy’s toys, Woody is responsible, competent, and devoted to his friends. He is also a natural-born leader who inspires the loyalty of people around him.

Are you brave, adventurous with a living-by-the-book mindset, and the go-to person whenever problems come up? If yes, you could be Buzz Lightyear! This charismatic Space Ranger is not just known for his bravery but to his loyalty to his owner and friends as well. While he lives by his creed as an intergalactic defender, he will do everything to support and protect his friends, even bend the rules if the situation.

If you are seen as the gentle, nurturing and soft-spoken type, then you may be Bo Peep, the porcelain shepherdess figurine who is also Sheriff Woody Pride’s love interest. Yet she also hides some surprises - beneath her frilly bonnet is a strong and independent woman, ready for adventure.

Have you ever found it difficult to fit in and feel that you stick out like a sore thumb? If you are someone who is still unsure about your purpose in life, then you could probably relate to Forky. Unlike the rest of the toys in the movie, Forky is a toy created by Bonnie out of a disposable spork and other stray parts glued together. He wants to fulfill his purpose as a spork but since he was turned into a toy, his purpose isn’t clear to him now. He finds it hard to adapt to his new life as a toy because he’s not like the rest of the Toy Story gang.
Take a trip down to the memory lane with your family and visit the Disney and Pixar’s Toy Story 4 Adventure Land at the SM North EDSA The Block Atrium from June 6 to 21. Everyone is welcome, especially kids at heart who have grown up with Woody, Buzz and the beloved Toy Story gang. Invite all your loved ones and keep the magic of childhood alive at SM Cinema.

Directed by Josh Cooley (“Riley’s First Date?”), and produced by Mark Nielsen (associate producer “Inside Out”) and Jonas Rivera (“Inside Out,” “Up”) Disney and Pixar’s “Toy Story 4” ventures to cinemas on June 20, 2019. Catch it at SM Cinema’s 64 branches, or at IMAX and Director’s Club Cinemas nationwide. Book your tickets through www.smcinema.com or via the SM Cinema mobile app. You can also follow /SMCinema on Facebook and @SM_Cinema on Instagram for updates.