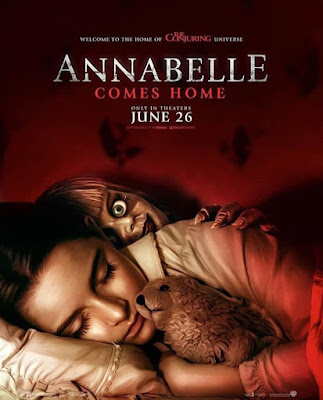 
After a lackluster effort from The Curse of La Llorona, Annabelle arrives with its third chapter. It may not be the scariest movie in this franchise, but it sure does have a lot of tricks under its sleeves. I love the fact that even almost the entire thing was just made inside the Warren's house, it still has tons of surprises to offer for the fans. 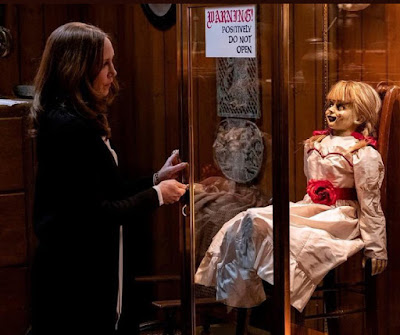 The conjuring universe is expanding, and I remember the first time I saw the collection of the Warren's cursed items; I immediately thought that  it could be a key to more real-life based horror films which they can adapt to a movie. Well, you shouldn't wait longer as Annabelle Comes Home is like Cabin in the Woods, unleashing almost everything you could imagine.

Director Gary Dauberman brilliantly aligned the horrific cases and combined it like the assemble of the Avengers on a horror film. The camera angles were pretty sharp as you can really feel the tension of every scene. He also came up with unique ways on how to strike the scare on a certain moment.

The casts were astonishingly amazing as the film relied on the wings of three young talented stars. McKenna Grace is always a reliable star on whatever the genre of the film is. She has her strengths and one of it is handling the right emotions for a horror picture. Madison Iseman and Katie Sarife both provided a remarkable and believable performance throughout while it's pretty unfortunate to see Patrick Wilson and Vera Farmiga taking a small piece of the action as they both get ready for the third conjuring film. 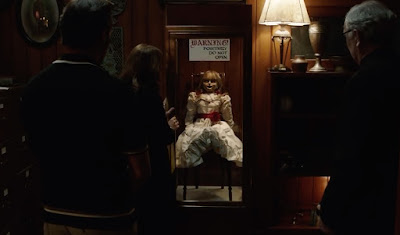 Overall, Annabelle Comes Home opens a Pandora box filled with a decent amount of scares and different demonic spirits. It is genuinely creepy throughout and performed brilliantly by a talented set of stars. This is the best Annabelle movie yet, and if you are a big fan of the extended conjuring universe well, this film suits perfectly for you.