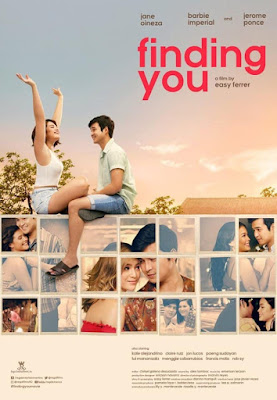 Finding you have an unusual but pretty interesting story line about friendship, love and has a unique twist on a medical condition. What if we can remember every little thing that happened to our lives? Is it something to be thankful for or will it be a burden? 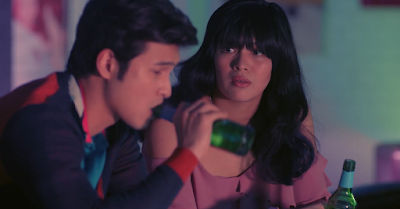 The movie revolves around Nel (Jerome Ponce), a journalist with a rare medical condition and his best friend Kit (Jane Oineza). “Hyperthymesia” causes Nel to vividly remember every memory that he has encountered throughout his life, including specific dates, times and even other details.

The timeline goes here and there, as Nel remembers a lot from his past, which also coincides with the present story. Being able to have a photographic memory is both a good thing and a bad thing. Nel would remember small details like, the date and exact memory of how, when and where his first girlfriend said “yes” to him but at the same time he can’t forget how many times his heart was broken and the pain is as intense as it gets. The condition of Nel plays a big role in the whole story and would leave you asking, “It that even possible?” Still, they managed to deliver the idea in a sensible fashion with the entire cast getting the attention of the viewers right from the start. I love how the story progresses and left a soft pinch at the center of my heart. 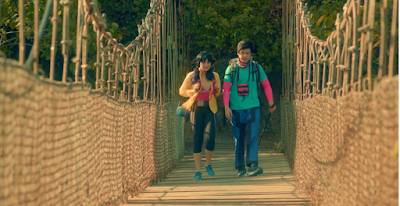 The stars of the movie is more on our millennial actors and actresses who help to get more hype, especially from the same generation. It is led by a talented Jerome Ponce and a bubbly Jane Oineza. They are also backed up by great supporting stars in Barbie Imperial, Kate Alejandrino, Claire Ruiz and Jon Lucas. Jerome and Jane easily connected with the audience as the two both shined perfectly in their roles. They had some projects before and had been linked as a couple in the past – so it won’t be a surprise if they already have their chemistry on-screen.

Easy Ferrer’s debut movie has a promising material and genuinely catchy as a whole. I love how he kept the entire film in smooth direction and efficiently challenged his brilliant cast to give their best in this project. Overall, the film will surely touch your heart and inspire you to find “YOU”.