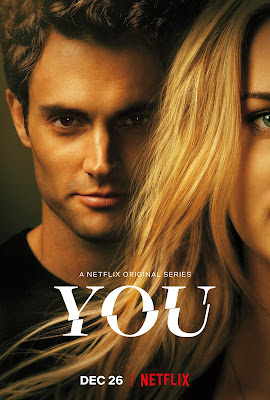 What would you do for love? When a brilliant bookstore manager crosses paths with an aspiring writer, his answer becomes clear: anything. Using the internet and social media as his tools to gather the most intimate of details and get close to her, a charming and awkward crush quickly becomes obsession as he quietly and strategically removes every obstacle – and person – in his way.


You Season 1 premieres on December 26, 2018. Netflix has picked up Season 2 as a Global Original.


Developed by Sera Gamble & Greg Berlanti, based on the book by Caroline Kepnes