The Girl in the Orange Dress: Movie Review 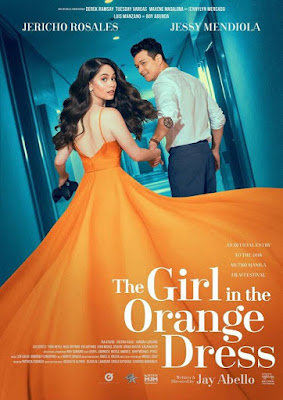 Anna (Jessy Mendiola) wakes up on a bed with the famous heartthrob Rye Del Rosario (Jericho Rosales.) The problem is, she doesn't have any idea on how she ends up there, sharing the same room with a celebrity. It turns out that she, and Rye were both filmed in a short clip entering the hotel making a huge wave in the world of showbiz filling the air with intrigues that crosses. Soon, only labeled as The Girl in the Orange Dress, Anna and Rye tries to escape the media to avoid further complications. 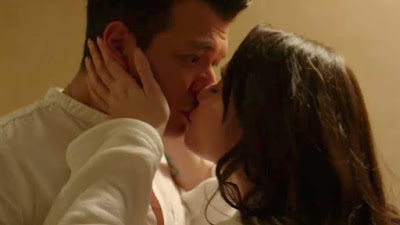 The film has the best title and poster among all the entries in this year's film festival. It also has an intriguing story line and charming lead stars that hints a pleasurable movie experience. Yes, I might be a little bias as I am really a fan of Jericho Rosales but the movie has its own charisma where you'll just simply love everything on what's going on in it. 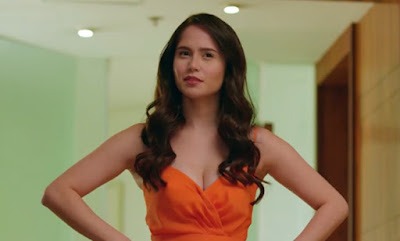 It has the simplistic approach where you'll just enjoy the escapade of our two lead stars. Jericho Rosales once again proved on why he is one of the best leading men today in the business. He can make any film charming by all means and can create that vibrant chemistry with her on screen partner. Jessy Mendiola easily shows why she deserves to be in this film. She came up big and followed Jericho's steps to announce her glamorous return on the silver screen. The supporting cast also did a nice job in bringing in the color and more humor to make everything light and fun throughout. Nico Antonio, Cai Cortez and Juan Miguel Severro did a remarkable job as media paparazzi's and acted well with conviction while Hannah Ledesma and Sheena Halili both provided that spark when it comes to delivering those comic lines. Special mention to Ria Atayde who managed to push herself into the next level even her character is thinly written.

Director Jay Abello obviously had a fascinating idea on how to play this superbly, and use his stars in a compelling manner. He managed to do that even with little issues and flaws on the side. I also liked the surprising cameos in the film plus the ear candy track "We & Us" by Moira Dela Torre.

Overall, The Girl in the Orange Dress rides on the charming performances of its stellar cast. It is a light-hearted romantic comedy film that is endearing by all means. It also gives a good vibes atmosphere you can bring when you leave your seat in the cinema.