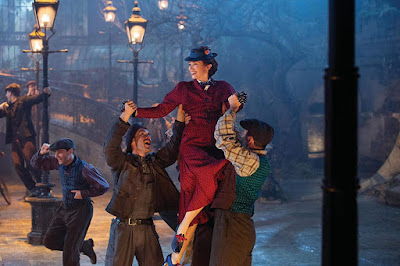 It has always been a dream of Rob Marshall’s to conceive an original musical specifically for film. The Oscar®-nominated (Chicago), Emmy® and DGA Award-winning director, who began his career on the Broadway stage as a choreographer and director, is responsible for the successful screen adaptations of Chicago, Nine, and Into the Woods, and understands the world of film and the world of Broadway musicals in a unique and personal way. Mary Poppins Returns, the sequel to the 1964 classicMary Poppins starring Julie Andrews as the beloved nanny, was a chance for Marshall to create an homage to the classic movie musicals of his youth.

“Mary Poppins was the first film I saw as a child, and it opened up my mind to movies and to the love of musicals, adventure and fantasy in film,” says Marshall, who directs and produces the sequel. “But when Disney came to me it was quite daunting, because how do you follow that iconic film? But I was thrilled at the same time and excited about the idea of taking on something like this.” 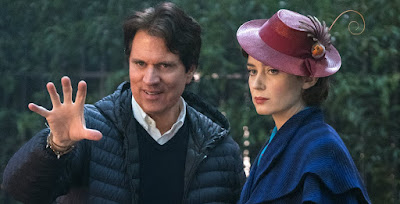 Marshal continues, “I’d never had the chance to create an original musical for film before. The musicals that I have done on film have all been Broadway transfers (Chicago, Nine, and Into the Woods). I've always, always, always wanted to do an original musical for film, like from the golden age of MGM. They would write musicals for the talent and create them from scratch, and here I was getting to do that. This was like, wow, now I can actually create it for film, and that was just joyous for me, really, a dream come true.”

Author PL Travers first introduced the no-nonsense nanny to the world in 1934 with her children’s book Mary Poppins, and over the next 50 years wrote seven more books featuring a myriad of magical adventures with the beloved governess (Mary Poppins Comes Back, Mary Poppins Opens the Door, and Mary Poppins in the Park, among others). 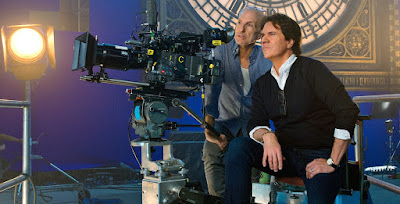 Working closely with producer John DeLuca and screenplay writer David Magee, Marshall envisioned an original story that would have something emotional and meaningful to impart, yet still deliver the wonder and exuberance of the magical escapades. Mary Poppins Returns is set in Depression-era London of the mid-‘30s (the actual time period of PL Travers’ books), and 25 years after the events that transpired in the first film. While Jane and Michael Banks are children in all of Travers’ books, the filmmakers chose to create a new narrative that would revolve around Michael and Jane as adults.

“It was obvious there were many more stories to be told,” says Marshall, “and once we read all the books we were able to combine elements from a number of them that emphasized Travers’ recurring theme that, as we become adults, we become disillusioned and cynical and forget how to look at life through a child’s eyes.” 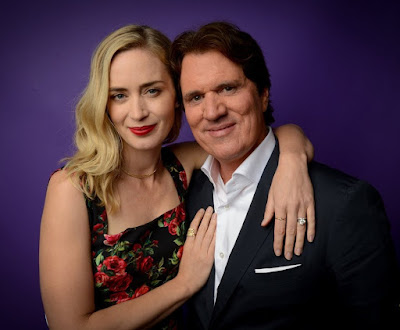 Says producer Marc Platt of Marshall: “There is a classic nature to the telling of Mary Poppins. It requires the essence of classical musical filmmaking, but at the same time is very contemporary and feels very alive and very in the moment. Rob is a master at coordinating all of that. His approach is precise, and he never settles. He finds the magic in every frame, in every scene, in every musical number.”

Check out the film’s trailer below and watch Mary Poppins Returns in Philippine cinemas Tuesday, January 8.

About Mary Poppins Returns
In Disney’s “Mary Poppins Returns,” an all new original musical, Mary Poppins is back to help the next generation of the Banks family find the joy and wonder missing in their lives following a personal loss. Emily Blunt stars as the practically-perfect nanny with unique magical skills who can turn any ordinary task into an unforgettable, fantastic adventure and Lin-Manuel Miranda plays her friend Jack, an optimistic street lamplighter who helps bring light—and life—to the streets of London.

“Mary Poppins Returns” is directed by Rob Marshall. The screenplay is by David Magee and the screen story is by Magee & Rob Marshall & John DeLuca based upon the Mary Poppins Stories by PL Travers. The producers are John DeLuca, p.g.a., Rob Marshall, p.g.a. and Marc Platt, p.g.a. with Callum McDougall serving as executive producer. The music score is by Marc Shaiman and the film features all new original songs with music by Shaiman and lyrics by Scott Wittman and Shaiman.