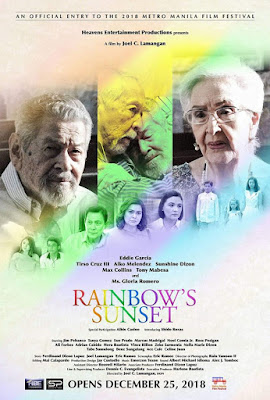 Former Senator Ramon Estrella (Eddie Garcia) packed his bags and decided to leave his wife Sylvia (Gloria Romero) to live with his terminally ill best friend Fredo (Tony Mabesa) and take care of him until his last breath. His sudden decision made a huge impact not only to his wife but with his three children (Tirso Cruz III, Aiko Melendez and Sunshine Dizon). They want to bring their dad back home before it causes a dent to their family's respectable reputation. However, Ramon's decision doesn't need any validation and to make things a bit more complicated to everyone is the fact that Ramon announces that he is gay and has special feelings for Fredo. Will the family accept Ramon's decision or will they find a way to stop a love that isn't bound to have a happy ending? 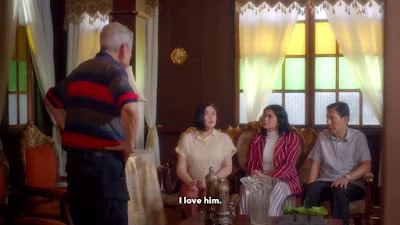 The film is meaningful in a lot of ways as it isn't just an LGBT-themed film but also tackles more about family drama that is affecting and inspiring at the same time. Director Joel Lamanagan has a bunch of generation of stars under his wings to play with an already intriguing material. He made sure to give all his talents a time to shine and let them do the trick so they can leave an impact to the viewers. 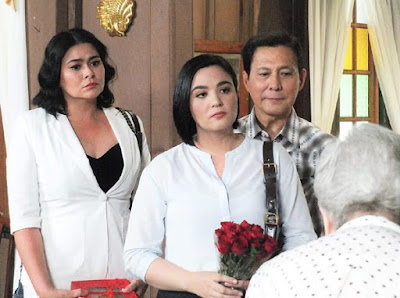 The cast alone is already a big reason for you to watch the film. You couldn't find an ensemble of stars from three different generation in one exciting project. I haven't seen the other entries yet, in this year's MMFF, but it would be a big chance for Eddie Garcia to walk away with his third best actor trophy following his outstanding performances in ML and Hintayan ng Langit. He is a living legend and could do anything with conviction because he is a professional. Tony Mabesa and Gloria Romero both stood out with their characters and probably left the audience in tears after the film. 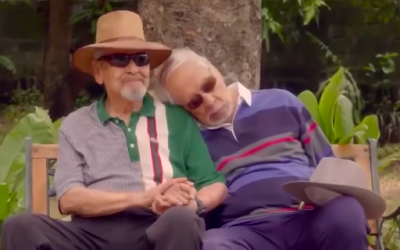 Aiko Melendez, Tirso Cruz III and Susnshine Dizon all delivers strong performances from start to finish and made us believe that they are siblings in heart. I love their conversations and arguments as you can feel the tension of the scenes, plus they can be easily relatable to anyone. Max Collins, Shido Roxas and Ross Pesigan also shined together as the younger version of Sylvia, Ramon and Fredo. The three are outstanding and amazing with their roles and made an impact in the essential back story. All I can say is that the entire casts were simply on top their game and lend a noteworthy and memorable performance that highlights the beauty of the story.

Overall, Rainbow's Sunset is bolstered with incredible talents assembled in one screen, Rainbow’s Sunset manages to deliver a decent family material that shows the importance of love and acceptance—a perfect, special theme this Christmas Day.