Bringing Disney’s Mary Poppins Returns, an original film musical, to the big screen was a massive undertaking. From developing a new story about the next generation of the Banks family to creating new music that feels fresh but with nostalgic elements, director Rob Marshall and his team faced numerous challenges.
But without the right actors to bring that magic to life, the work would be in vain.  An impressive array of acclaimed actors, led by Emily Blunt, Lin-Manuel Miranda, Colin Firth and Meryl Streep, helped Marshall accomplish his mission. 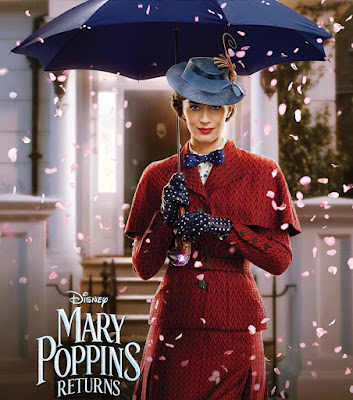 Blunt plays the title role of MARY POPPINS, the practically-perfect nanny whose unique magical skills can turn any ordinary task into a fantastic adventure. Returning once again to the home of the Banks family having not aged a single day, the enigmatic governess helps the next generation of the Banks family find the joy and wonder missing in their lives following a personal loss. 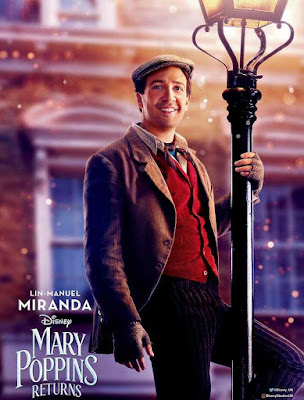 An old friend of Mary Poppins, JACK (Miranda) is a charming and eternally optimistic lamplighter. Together, they take the Banks’ children on a series of whimsical adventures and introduce them to colorful characters, bringing life, love and laughter back into their home. 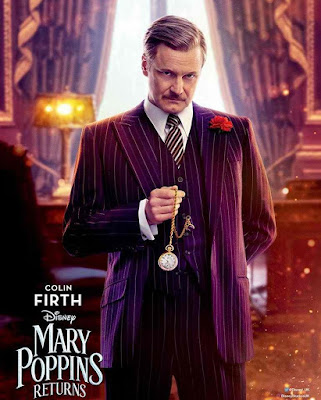 Firth portrays WILLIAM WEATHERALL WILKINS who runs Fidelity Fiduciary Bank, the financial institution where Michael Banks currently works. While he appears to be a congenial and altruistic mentor to Banks, he is actually duplicitous and shrewd, as he is in the process of foreclosing on the Banks’ home. 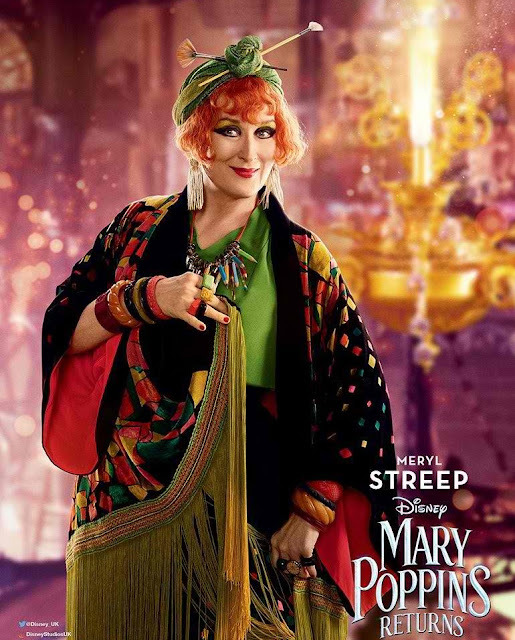 A distant cousin of Mary Poppins with whom she has a contentious but lovable relationship, COUSIN TOPSY (Streep) runs a fix-it shop which turns upside down the “Second Wednesday” of every month. Quite eccentric with an untraceable accent, she discovers the value of seeing things from a “new point of view.”

About Mary Poppins Returns
In Disney’s “Mary Poppins Returns,” an all new original musical, Mary Poppins is back to help the next generation of the Banks family find the joy and wonder missing in their lives following a personal loss. Emily Blunt stars as the practically-perfect nanny with unique magical skills who can turn any ordinary task into an unforgettable, fantastic adventure and Lin-Manuel Miranda plays her friend Jack, an optimistic street lamplighter who helps bring light—and life—to the streets of London.
“Mary Poppins Returns” is directed by Rob Marshall. The screenplay is by David Magee and the screen story is by Magee & Rob Marshall & John DeLuca based upon the Mary Poppins Stories by PL Travers. The producers are John DeLuca, p.g.a., Rob Marshall, p.g.a. and Marc Platt, p.g.a. with Callum McDougall serving as executive producer. The music score is by Marc Shaiman and the film features all new original songs with music by Shaiman and lyrics by Scott Wittman and Shaiman.
The film also stars Ben Whishaw as Michael Banks; Emily Mortimer as Jane Banks; Julie Walters as the Banks’ housekeeper Ellen; Pixie Davies, Nathanael Saleh and introducing Joel Dawson as the Banks’ children, with Colin Firth as Fidelity Fiduciary Bank’s William Weatherall Wilkins; and Meryl Streep as Mary’s eccentric cousin, Topsy. Angela Lansbury appears as the Balloon Lady, a treasured character from the PL Travers books and Dick Van Dyke is Mr. Dawes, Jr., the retired chairman of the bank now run by Firth’s character. 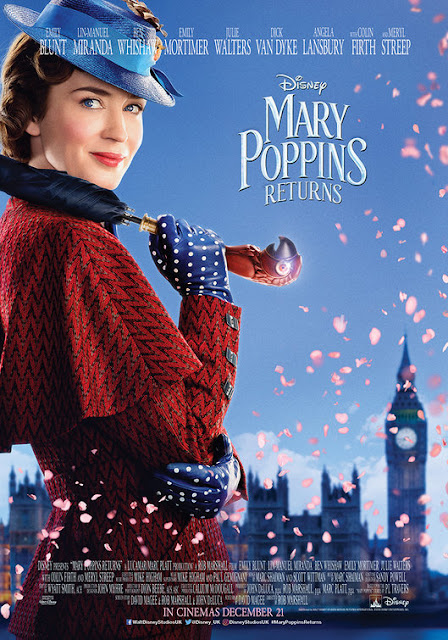 Join the conversation online and use the hashtags #MaryPoppinsReturns and #DisneyPH