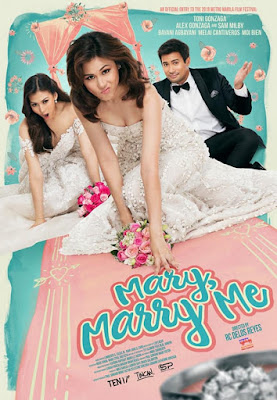 Mary Jane and Mary Anne (Toni Gonzaga and Alex Gonzaga) are sisters in life when they were still kids but due to a tragic incident; Mary Anne was taken to the States. Two decades later, Mary Anne comes back to the country enlisting the help of her sister to be her wedding coordinator. However, it turns out that her fiancee Pete (Sam Milby),  is the ex-boyfriend of her sister. Will Pete and Mary Jane's past be a problem to a wedding that is moving close to a happily ever after? 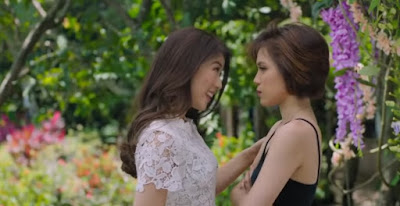 The trailer of the film already hinted on a wacky combination of the Gonzaga sisters sharing the same screen. It was an obvious great strategy putting these two, where the chemistry isn't going to be a problem with them playing a role that they really didn't need to emphasize.  The natural acting comes into play as they easily know the strengths when it comes to everything. The story is genuinely entertaining, and it didn't just focused on comedy all the time but had a few serious tones to balance everything up. But even having shifted to that side, the film still managed to crack out a good joke out of it. 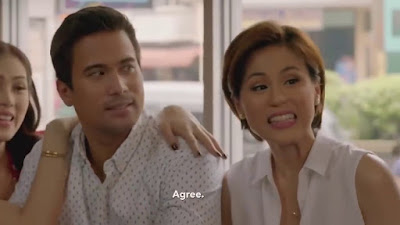 I've been a fan of Toni Gonzaga and Sam Milby films and watching the two reunite one more time is just letting me reminisce the good old days. Seeing them with that song number brought back all the "kilig" factor as they still got that spark that could light up the entire screen. Alex Gonzaga, on the other hand, is a gifted comedy actress and could exaggerate anything and still look normal. She eventually stole the spotlight here and showed that she can also be a force when it comes to serious acting. The supporting casts were just a bonus as you've got one of my favorite comedians Bayani Agbayani teaming-up with Melai Canteveros and Moi Bien. The three also had their moments and brought their bag of tricks to make the film livelier and enjoyable as a whole.

Overall, Mary, Marry Me highlights the Toni and Alex connection which is filled with oozing chemistry that really lit the entire film up. It is pleasing throughout and powered by a decent material with great humour and often touching emotional core.