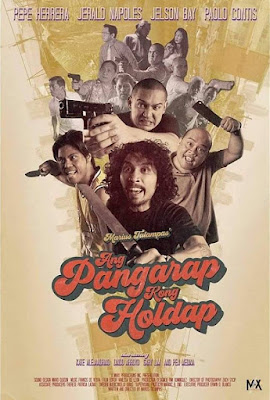 
Eman (Pepe Herrera) is the son of the legendary thief (Pen Medina) of Barangay Husay, and he wants to follow the footsteps of his dad. However, he can't seem to land a successful heist with two of his best pals in Toto (Jerald Napoles) and Carlo (Jelson Bay). Soon, his dad gave them an extra member Nicoy (Paolo Contis) to help their crew and end their slump. Will their group finally get recognized as top thieves or will they fall down and quit once and for all?

Ang Pangarap Kong Holdap was quickly shut downed with its rebellious title on hand, but it is a bit unfair to judge a whole film based on a catchy name. It is already struggling to get a slot in the cinemas, and thankfully we watched it last night at SM Megamall.

When the teasers and trailer were released it already got our attention and put this film on our watch list. It is not an ordinary slapstick comedy that you normally get in our weekly cinema schedule. Ang Pangarap Kong Holdap is a rare comedy gem that will make you laugh out loud as the comedy material that they want to feed the audience is highly-recommended. We really enjoyed it from start to finish as it never looses the steam and blows out with a riot and wacky finale. I also loved how vulgar words that are thrown into the picture making the entire film feel raw and solid throughout. 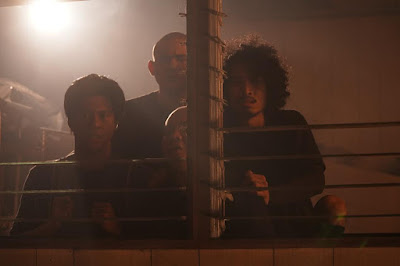 The casts were terrific and were chosen perfectly to bring life to their respective roles. Pepe Herrera's talent is a given and to lead a bunch of frustrated thieves excellently suits into him. Jerald Napoles is simply the scene stealer as Toto easily became our favorite character. From his wacky accent to his comedy antics, Jerald answers with full pledge and doesn't need to exert a lot of effort as he is just gifted when it comes to comedy. Jelson Bay, on the other hand, usually gets pretty small roles and finally this guy deserves this break to showcase his skills in comedy. Kudos to Director Marius Talampas for a fresh breathe of comedy that we all deserve to experience on the big screen. 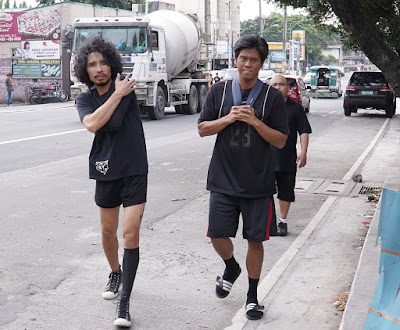 The film also got a lot of help from its supporting stars with Paolo Contis leading the charge. He is a perfect choice to play Nicoy and delivers that fire power that the film needs from him. You also got Kate Alejandrino, Pen Medina and Gary Lim added the spice needed to make this movie fun and enjoyable throughout.

Overall, Ang Pangarap Kong Holdap is a rare comedy film that can instantly fill your mood meter full with happiness. This film certainly deserves a spot in the cinemas, and if you love comedy flicks, then you shouldn't dare to miss this. It is highly recommended, and we assure you that your hard-earned money will be worth-it.