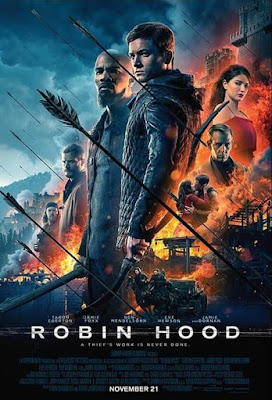 
Robin of Loxley (Taron Egerton) was sent to the battlefield as a Crusader fighting for a wrong cause. Trying to survive the war, he goes back to Nottingham with the love of her life Marian (Eve Hewson) marrying another man knowing that he is already dead. Soon, Robin mounts a revolution to set everything straight and with the aid of a brave commander (Jamie Foxx) they both try to end an empire and finally set the poor free from hands of the greedy sheriff. 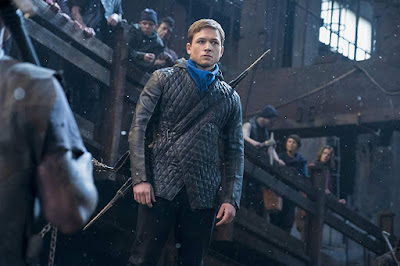 The reboot of Robin Hood promises a different take to this legendary hero and while it doesn't completely take advantage of spicing it up; the film directs the viewers to a pulse-pounding cinematic experience. It is pretty clear that they gave a Robin Hood a much livelier take with Taron Egerton playing the titular role. His ability to put color to the character is very evident, and it helped a lot to bring the entire film to be compelling at all means. 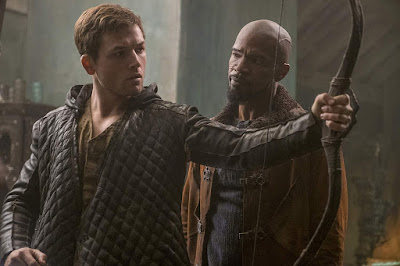 The action scenes were neatly done, and the fight choreography were excitingly made. I really can't imagine an arrow battle to be that entertaining as they managed to create thrilling set pieces to make everything look hardcore. There is also a slight touch of comedy to lighten up the tone a bit and awesome actors to give life to our beloved characters. 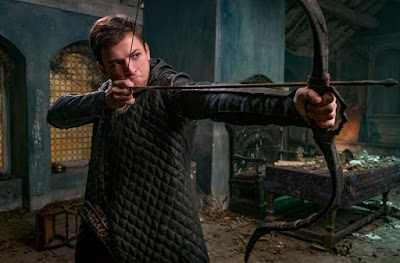 Taron Egerton has become one of the elite stars who can captivate a crowd with his natural charm. He already did this when he top-billed the Kingsman franchise, and once again he proved here in Robin Hood that he can carry a film behind his back. He is joined by a veteran Jamie Foxx that comes up with a brand-new take on Little John plus fifty shades actor Jamie Dornan as his nemesis to the heart of his true love. You also got a stunning Eve Hewson as Marian and an effective Ben Mendelsohn as the villainous sheriff. 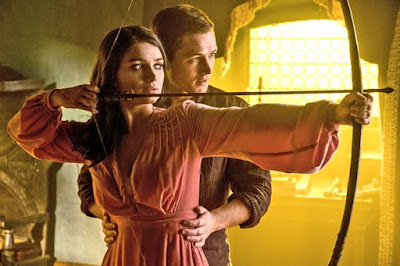 Overall, Robin Hood has all the key elements for an entertaining action-thriller film that will delight the fans of the thief hero. It may be predictable at times but nonetheless, it is an enjoyable flick that is too easy to recommend and probably the best adaptation for this iconic heroic outlaw.