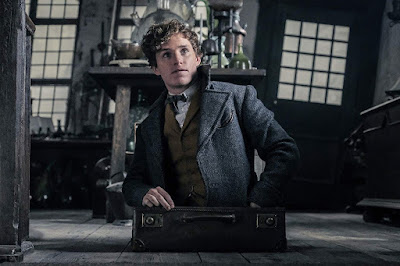 He originated the role of Newt Scamander in the 2016 blockbuster hit “Fantastic Beasts and Where to Find Them.”  Now, Oscar-winning British actor Eddie Redmayne reprises his beloved Magizoologist character, in Warner Bros. Pictures’ fantasy adventure “Fantastic Beasts: The Crimes of Grindelwald” (in Philippine cinemas Thursday Nov. 15).
In the film, Newt Scamander had every intention of returning to New York to keep his promise to hand deliver a copy of his new book to Tina Goldstein (Katherine Waterston).  However, the British Ministry of Magic, still vexed by the mayhem he and his creatures caused across the Pond, has banned him from traveling internationally.  They will lift the ban only on the condition that he join his brother, Theseus (Callum Turner), in the Auror Department to accomplish one mission: hunt down Credence, who, Newt is stunned to learn, is still alive.  Nevertheless, Newt—knowing the Ministry’s intention is to kill Credence, whom they consider to be a threat—rejects their deal. 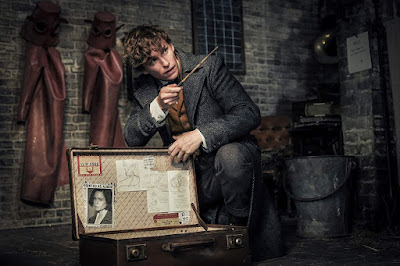 Redmayne says, “What I love about Newt is that he’s true to himself and not trying to please anyone else.  His passion for creatures is uniquely his own, and he refuses to bow to other people’s notions of what normal should be.  Newt has always taken his own route through life and though he can be empathetic, he doesn’t want to be pulled to anyone’s side.  But because of what’s happening in the world and because the stakes are becoming so much higher, there may come a moment when he will have to choose a side.  And that’s part of his journey.”
Director Peter Yates observes, “There is a slightly more serious edge to Newt this time around, and Eddie embodies every facet of the character.  He is a joy to work with…full of ideas and endlessly inventive.” 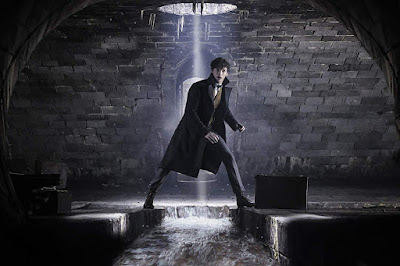 Redmayne adds, “For the first movie, J.K. Rowling created four unique characters, all of whom were outsiders and struggling in their own way.  It is only through the connections they develop with each other—through that symbiosis—that they thrive and find happiness and even love.  But in the interim, through miscommunication and circumstance, things have shifted.”
For the actor, one of the most exciting aspects of coming back for the second film was that “the roots of this story are embedded in the Potter lore we all know and love,” says Redmayne.  “The histories that were only touched on before are being torn open and explored.  And the stakes are that much higher.”

About “Fantastic Beasts: The Crimes of Grindelwald”
Warner Bros. Pictures’ “Fantastic Beasts: The Crimes of Grindelwald” is the second of five all new adventures in J.K. Rowling’s Wizarding World™.
At the end of the first film, the powerful Dark wizard Gellert Grindelwald (Johnny Depp) was captured by MACUSA (Magical Congress of the United States of America), with the help of Newt Scamander (Eddie Redmayne).  But, making good on his threat, Grindelwald escaped custody and has set about gathering followers, most unsuspecting of his true agenda: to raise pure-blood wizards up to rule over all non-magical beings.
In an effort to thwart Grindelwald’s plans, Albus Dumbledore (Jude Law) enlists his former student Newt Scamander, who agrees to help, unaware of the dangers that lie ahead.  Lines are drawn as love and loyalty are tested, even among the truest friends and family, in an increasingly divided wizarding world.
The film features an ensemble cast led by Eddie Redmayne, Katherine Waterston, Dan Fogler, Alison Sudol, Ezra Miller, Zoë Kravitz, Callum Turner, Claudia Kim, William Nadylam, Kevin Guthrie, Carmen Ejogo, Poppy Corby-Tuech, with Jude Law and Johnny Depp.
“Fantastic Beasts: The Crimes of Grindelwald” is directed by David Yates, from a screenplay by J.K. Rowling.  The film is produced by David Heyman, J.K. Rowling, Steve Kloves and Lionel Wigram.  Tim Lewis, Neil Blair, Rick Senat and Danny Cohen serve as executive producers. 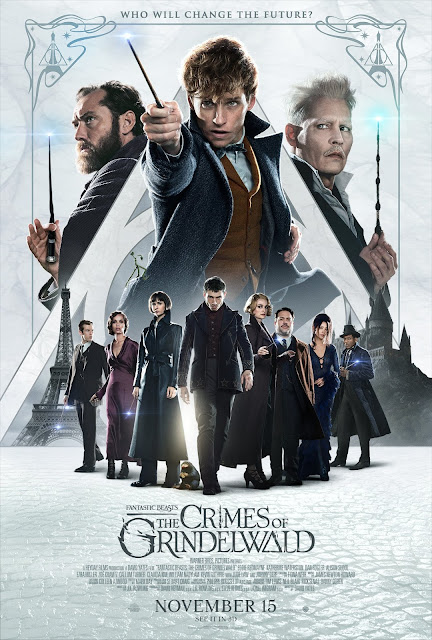 “Fantastic Beasts: The Crimes of Grindelwald” is distributed by Warner Bros. Pictures, a WarnerMedia Company.  Join the conversation online and use the hashtags #WandsReady, #FantasticBeasts and #ProtectTheSecrets