The last month of the year is approaching but SM Cinema is still unstoppable in bringing fun and excitement to movie goers as they launch the SM Cinema Blockbuster Weekend at SM Mall of Asia from November 30 to December 2.

As part of the ongoing Reel to Real Campaign of SM Cinema, movies such as Ralph Breaks the Internet: Wreck-it-Ralph 2, Spider-Man: Into the Spiderverse and Pokemon: The Power of Us will be featured through the three-day interactive exhibit, giving everyone the opportunity to experience the featured movies. 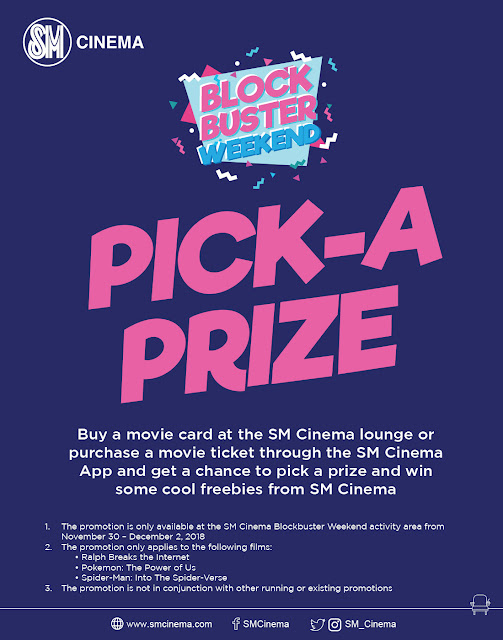 As the public enter the event area, they can check Wreck-It-Ralph inspired exhibits such as Vanellope’s Sugar Rush World, Mr. Litwak’s Arcade and Ralph Breaks the Internet: Wreck-it-Ralph 2 360o Photobooth. They can also experience the world of Spider-Man at the Upside Down Room and become a real-life Pokemon trainer through the mini-Pokemon Center.

Wreck-It-Ralph fans are welcome on November 30, and they can join a special quiz night that will focus on Wreck-It-Ralph and Vanellope’s world. Participants will have a chance to win exclusive prizes and merchandise.

Spider-Man geeks will surely enjoy the activities on December 1, as SM Cinema will have a demonstration for the hit Playstation 4 game, Marvel’s Spider-Man. As the Spiderverse collide, watch out for several Spider-Man cosplayers in the area. And as a treat for everyone, Columbia Pictures will show an exclusive clip for the upcoming Spider-Man film, Spider-Man: Into the Spiderverse.

Lastly, on December 2, SM Cinema is inviting Pokemon trainer wannabees, as there will be a Pokemon hunting game and a special meet and greet with no less than Pikachu! 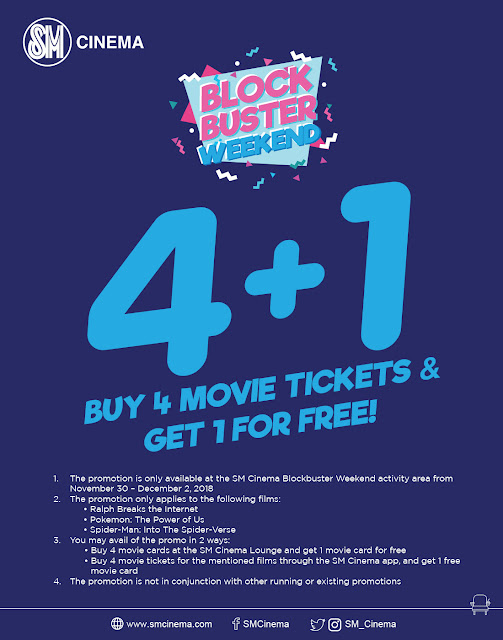 Wait, there’s more! Exciting freebies for SM Cinema movie goers such as movie tickets and other cool items are up for grabs during the Blockbuster Weekend! Also, get a chance to win movie invites to the Advance Screening of Spider-Man: Into the Spiderverse by just posting on your Facebook or Twitter accounts your very own photo at the Upside Down Room taken during the Blockbuster Weekend.