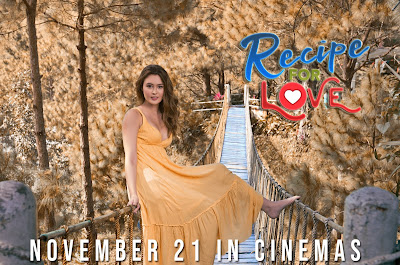 Cora Waddell dishes out what she thinks is the true recipe for love based on her own personal experience.
Coraleen became a household name when she became a housemate in Pinoy Big Brother Lucky 7 in 2016.
She eventually entered showbiz and appeared in ABS-CBN shows.
Cora finally gets her big movie break by being one of the lead stars of Recipe For Love, the upcoming romantic-comedy under Regal Entertainment, Inc.
She stars opposite multi-awarded actor Christian Bables.
Asked how she feels about finally getting a starring role, she beamed, “Sobrang exciting, syempre naman, na mabigyan ka ng chance na ipakita kung kaya mo.
“And maswerte ako na yung leading man ko ay si Christian. Very experienced siya. Sobrang seryoso siya sa craft niya, kaya ako yung swerte don. So he helped me a lot,” she said.
Recipe For Love tells the story of Calix (Christian), the chef of an upscale Filipino restaurant, who crosses path with Val (Cora), a food blogger and aspiring magazine editor. 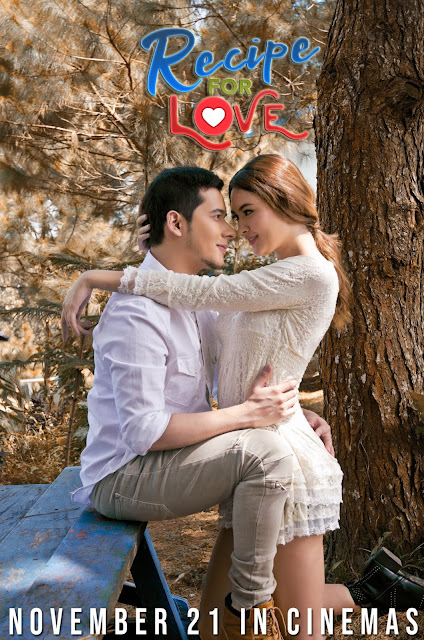 While Calix and Val start off on the wrong foot, they eventually hit it off and romance starts to brew.
Eventually, just like the dishes that they cook and review, Calix and Val discover the different tastes of being in a relationship, such as its bitterness and sweetness.
Being entirely opposites, will their relationship still have a happy ending?
Cora, who recently tied the knot, firmly believes that two opposite people can still make a relationship work, based on her own experience.
“My parents are total opposites. My husband is also my opposite,” she revealed.
“Syempre, we also have things in common, but I think being very, very different can be inspiring for other people, not just looking for love, but it’s inspiring for yourself. Kasi, you’ll never stop learning.”
She explained that when two people in a relationship are different, they can learn a lot from each other.
“Being with someone totally different from yourself can show you a different perspective na hindi mo talaga makukuha kung pareho kayo ng ugali.”
The actress also answered when asked what she thinks is the recipe for love.
“Unang-una, masasabi ko, don’t be hungry. Stay well fed,” she said followed with a hearty laugh.
“Because pag gutom ka, mas mahirap talaga, kahit anong away yan kung gutom ka, it will get worse if you’re hungry. Don’t tackle your problems on an empty stomach.”
She added, “Syempre, patience and unconditional love. Yun lang talaga ang importante: kahit ano man ang mangyari, you guys are a team and you’ll stay together, you eat together, you sleep together, you and you’re in this together.”
Directed under the helm of the talented director Jose Javier Reyes, Recipe for Love explores how rich and colorful love is between to people. One minute it allows you to experience cloud nine and then it brings you to the pit of sorrow the next minute. 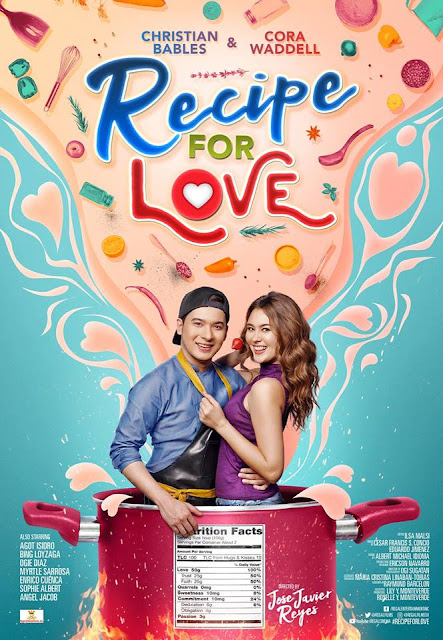