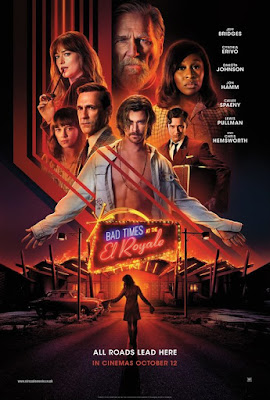 The premise of the film is pretty interesting with seven unique characters ending up in El Royal Hotel, a hotel-casino that is located in the border line of Nevada and California. A priest  (Jeff Bridges), a singer (Cynthia Erivo), a salesman (John Hamm) and a Caucasian female (Dakota Johnson) checks in the same time in one fateful day, each with their own mysterious agenda that will be revealed through one memorable night that will change their lives forever. 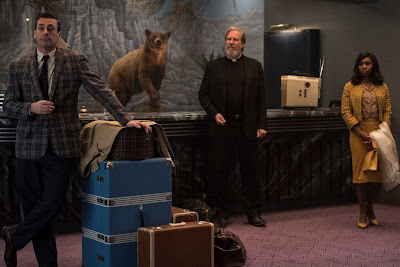 I was afraid that Bad Times at the El Royale will turn out to be a complete bore, but it has that elements were in you'll immediately get hooked-up with the story, and you need to give your full attention to the screen for you not to miss any scene. It is gripping and filled with mystery that will let your brains think what is really happening in this slick movie. The film might be a bit slow, but it strongly builds everything and setup a bloody thrilling finale. 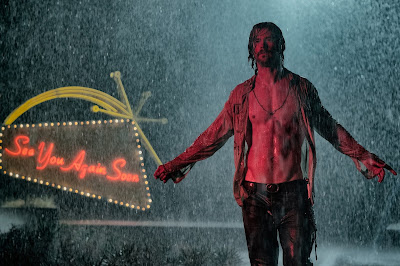 It is pretty challenging to give every character a story arc that the audience could easily appreciate. But they managed to give every star a chance to have their own spotlight. The movie takes us to explore the true motives of each one of them and learned what is the purpose of their existence. I also loved how they beautifully gave different POVs and looked sharp throughout. Director Drew Goddard made an effective way on how to use the talent he has and creates an entertaining flick that is compelling enough even it clocks in over a two-hour run-time. 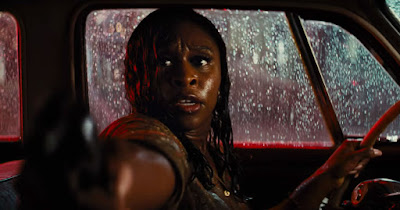 The film also has a tremendous set of cast, where each of them made their presence felt with their outstanding performances. Chris Hemsworth is top-billed but appeared last here and still came out with a one-two punch of his own and provided that dark charm that the film needs. Fifty Shades star Dakota Johnson also came up big along with her hippie look and strongly delivered when it mattered. John Hamm hypes up the mystery and instantly got our attention right from the moment he appeared. We also have a very efficient Cynthia Erivo that has talents both in acting and singing. She connects well with Jeff Bridges who gave an effective portrayal for his character. Wrapping up the casts are Cailee Spaeny and Lewis Pullman who both captivated the viewers with their startling performances. 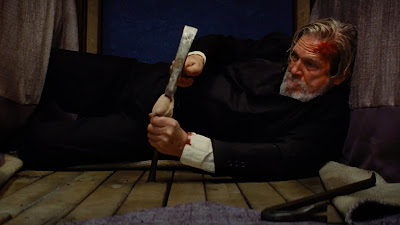 Overall, Bad Times at the El Royale is like a difficult puzzle to solve where it gives you a satisfying feeling when you finally finish it in the end. It has a remarkable cast to admire, well-directed and carries a brilliant material to dissect. This film will definitely surprise you and will glue you onto your seats until the very last minute.