A Christmas Prince: The Royal Wedding, premieres November 30, only on Netflix 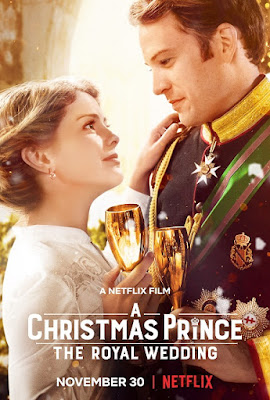 A year after Amber helped Richard secure the crown, the two are set to tie the knot in a royal Christmas wedding - but their plans are jeopardized when Amber finds herself second-guessing whether or not she's cut out to be queen, and Richard is faced with a political crisis that threatens to tarnish not only the holiday season but the future of the kingdom.

A Christmas Prince: The Royal Wedding stars Rose McIver and Ben Lamb. The film launches globally on November 30, only on Netflix.

Check out the trailer below:
Labels: A Christmas Prince: The Royal Wedding Netflix Press Release Trailers