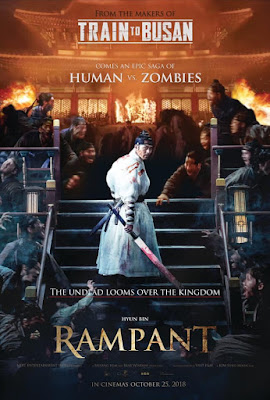 
There are a lot of zombie films made each year, but it is really hard to find a gem out of hundred of titles. When Korean film Train to Busan hits the cinemas last 2016, it was not a surprise that it created waves throughout the country because it was a damn good zombie movie. It is easy to recommend and has an outstanding cast plus it is an exciting film throughout. 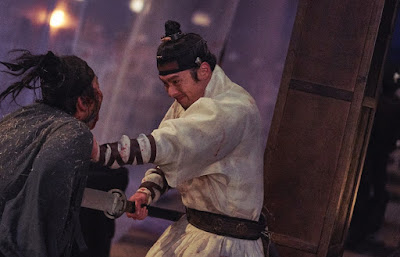 When the trailer of Rampant was released, we were already hyped up and hoped that it will be the next zombie film that could actually follow the footsteps of Train to Busan. Well, guess what? The hype is real as the film didn't disappoint and has the merits of a decent zombie movie that will surely bring the viewers into a thrilling ride.

Rampant has all the key ingredients that you look for when watching a zombie flick. It has a lot of exciting and thrilling sequences with a bunch of characters to root for. The undead creatures are also decently made with solid prosthetic and neat choreography. I also love how the filmmakers used the idea of swords and a different era to provide the audience to experience something new and was never done before. It may have a few cliched ideas but doesn't take away the fun. 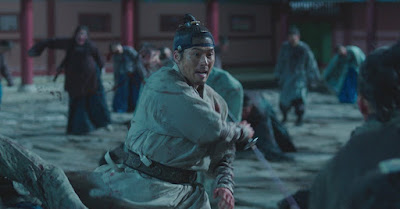 I hope that the Koreans continue to put a map in making this kind of films as they really worked hard and everything pays off. This is one of those films that you could actually watch over and over again but still get the same feeling when you watched it for the first time. It is highly recommended and arguably the best zombie film released this year.

Overall, Rampant gives a fresh new spin to the zombie genre with exciting and thrilling result throughout. If you're a fan of Train to Busan, then Rampant is a must watch film for you. It will make sure that your money is well spent, and we assure you that this movie will enter your personal top 10 favorite list of zombie flicks.

Lakwatsera Lovers rates it 10 out 10 stars