Mackenzie Foy is Clara in “THE NUTCRACKER AND THE FOUR REALMS” 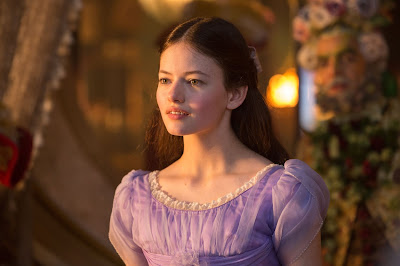 Disney’s “The Nutcracker and the Four Realms” stars teen actress Mackenzie Foy (“Interstellar,” “Twilight Saga: Breaking Dawn”) as Clara, an intelligent 14-year-old with a penchant for science.
Based on E.T.A. Hoffmann’s classic tale and “The Nutcracker,” the big-screen adventure showcases the wondrous journey of Clara, who finds herself in the mystical world of the Four Realms, home to a host of eccentric characters and no shortage of surprises. 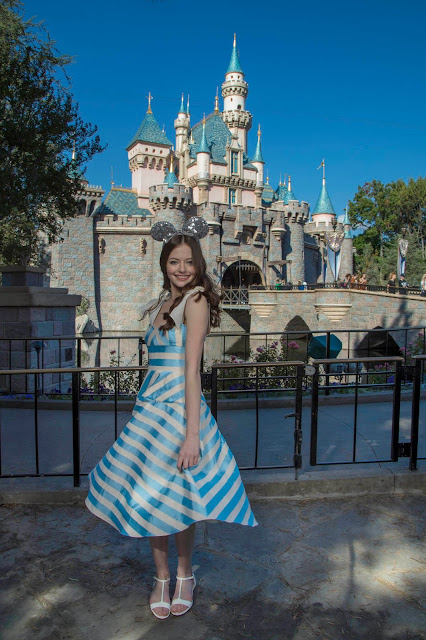 According to screenwriter Ashleigh Powell, Clara isn’t really comfortable in her skin. “She’s kind of a fish out of water,” says Powell. “She doesn’t fit into the normal stereotypes of a Victorian girl—she’s not interested in fancy dresses and the like. She’s more of a tomboy. She likes creating and building and figuring out how things work. In that respect, she’s very similar to her godfather, Drosselmeyer, so they’re kindred spirits.”
But Clara struggles with the recent passing of her mother. “It’s the first Christmas that her family is spending without Marie,” says Powell. “And her mother has left behind Christmas presents for Clara and her siblings, which sets everything into motion.” 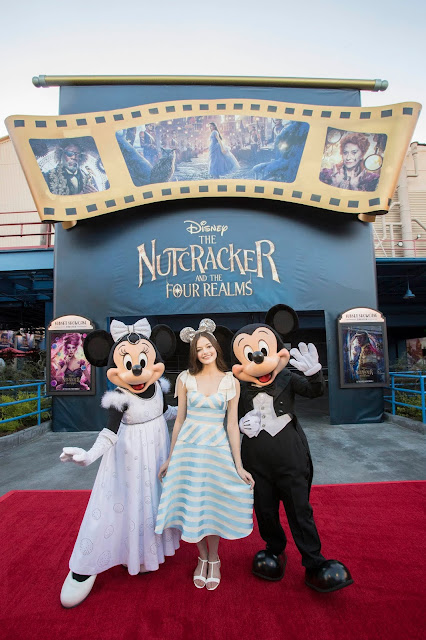 Clara receives an egg-shaped music box with a note that reads, “Everything you need is inside.” But the box is locked and, surprisingly, there is no key. Clara is disappointed and confused, but determined to unlock the music box and the secrets it holds. Her confusion persists until a golden thread, presented to her at her grandfather’s annual holiday party, leads her to the coveted key—which promptly disappears into a strange and mysterious parallel world. It’s there that Clara encounters a soldier named Phillip (Jayden Fowora-Knight), a gang of mice and the regents who preside over three realms: Land of Snowflakes, Land of Flowers and Land of Sweets. She is welcomed with open arms by the regents, particularly Sugar Plum Fairy, who confides that she was once very close with Marie.
But this strange new world is not whole. It is scarred with past conflict—one regent is in exile, her realm forgotten and crawling with mice who serve as her soldiers. Clara and Phillip must brave this ominous Fourth Realm, home to the regent-turned-tyrant Mother Ginger, to retrieve Clara’s key and hopefully return harmony to the unstable world. 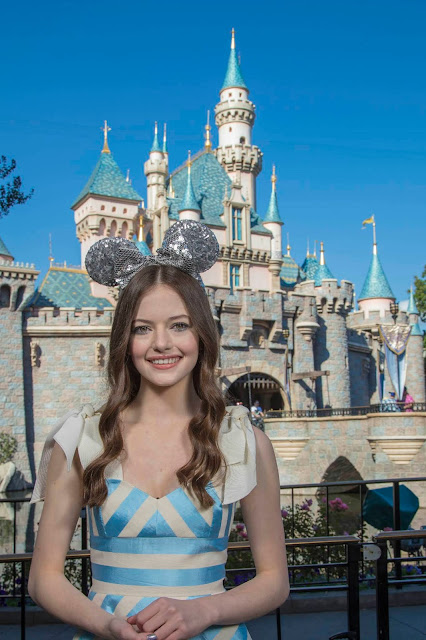 Says director Lasse Hallström, “Clara learns through the course of the story that she’s worthy of trusting herself and worthy of being herself.”
Mackenzie Foy brings the character to life. “Clara is a very complex person,” says Foy. “She has all these different emotions—she’s hurting, but she doesn’t want people to see that. She’s also an outcast for being an intelligent young woman in a Victorian society. She doesn’t yet realize what a wonderful thing that is.”
“Mackenzie is a brilliant young actress,” adds Hallström. “She’s so alive, she’s technically brilliant and she has impeccable instincts.”
About Mackenzie Foy
MACKENZIE FOY has quickly emerged as one of Hollywood’s most exciting young actresses. With a breakout role in one of the biggest movie franchises of all time, Foy’s body of work continues to evolve with exciting and challenging projects.
Foy is the voice of the little girl who befriends an eccentric neighbor (voiced by Jeff Bridges) in the animated film “The Little Prince,” which premiered at the 2015 Cannes Film Festival. It is a film adaptation of the popular book first published in 1943, and the most famous work of the French aristocrat, writer, poet and pioneering aviator Antoine de Saint-Exupéry. Translated into more than 250 languages and dialects (as well as braille), and with total sales of over 140 million copies worldwide, it has become one of the best-selling books ever published. Other actors voicing characters in the film include Rachel McAdams, Marion Cotillard, James Franco and Benicio Del Toro.
Foy starred in director Christopher Nolan’s “Interstellar” alongside Matthew McConaughey, Jessica Chastain and Anne Hathaway. Critics called Foy’s performance “superb,” “outstanding” and “impressive.” She won a Saturn Award and was nominated for Critics’ Choice and Teen Choice awards for her performance in the film.
Foy starred in “The Twilight Saga: Breaking Dawn,” directed by Bill Condon, as the half-vampire daughter of Bella Swan (Kristen Stewart) and Edward Cullen (Robert Pattinson), whom they must protect from the evil Volturi. 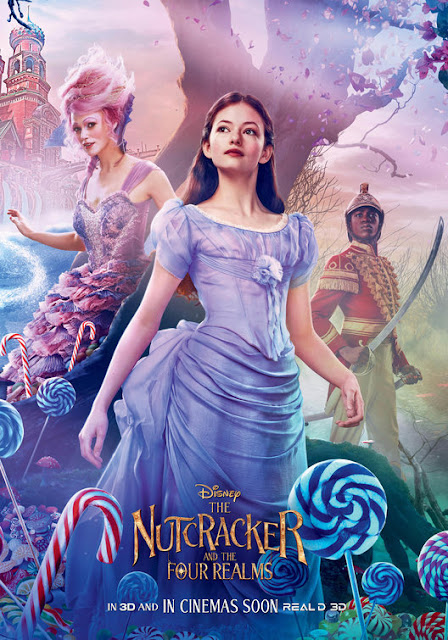 “The Nutcracker and the Four Realms” opens in Philippine cinemas October 31, 2018.
Join the conversation online and use the hashtag #DisneysNutcracker