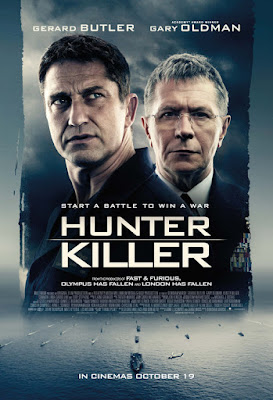 
After a US submarine sink down on the Russian soil, the US government calls Joe Glass (Gerard Butler) to pilot USS Arkansas to investigate. However, this isn't an ordinary search mission as the Russian president (Alexander Diachenko) is overthrown by his defense minister and starts a coup and let the Americans initiate an attack to start a war. Soon, Glass must find a way to rescue the president and stop an impending war that is just about to happen. 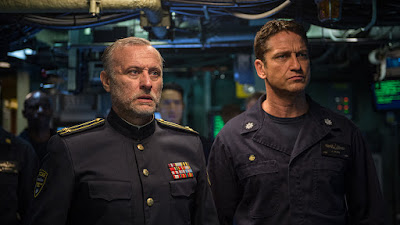 Hunter Killer is exciting by all means, and it isn't just an underneath submarine battle like what they advertised it for. There are a lot of things that are going on, but still they provided a neat story line that anyone can easily appreciate. It has a lot of nerve-racking moments, and I kept my pee the entire time, so I won't miss an important scene. The submarine is just a part of the total package as there are also some action sequences above water with four skilled soldiers connected with the mission.  They connected from each sequences and glued it evenly to provide a decent material. 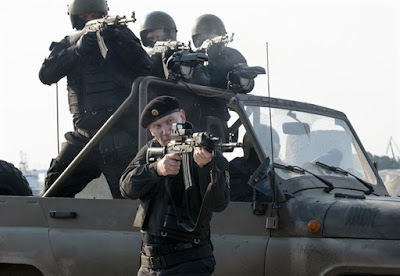 Gerard Butler always headlines in out of this world films like Dwayne Johnson and can still pull it off with their outstanding charisma and dedication to the character. He can sway the viewers and cheer for him to do an impossible mission or task. This film is a perfect fit to him as you can really feel that we should be relieved because Gerard Butler can always save the day. He is surrounded with outstanding supporting casts led by Michael Nyqvist, Common, Alexander Diachencko and Toby Stephens. These men provided the spark plug to make everything a bit more interesting. You also have Gary Oldman on the sidelines to add more color in the mix. 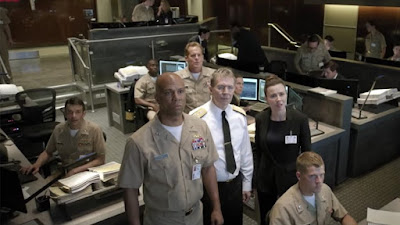 The rides on a fast-paced setting and never let go of the gas pedal. It will simply amaze you, especially if you are a sucker in action-thriller films that involve a rescue mission. You'll feel the tension throughout and will leave you breathless in some of the scenes.

Overall, Hunter Killer dives deep into an exciting territory filled with pulse pounding sequences with intoxicating and satisfying results. It once again proves that Gerard Butler is still a force to wreck when it comes to this type of films. This film is highly recommended and best to be enjoyed with a huge popcorn tub on your hands.