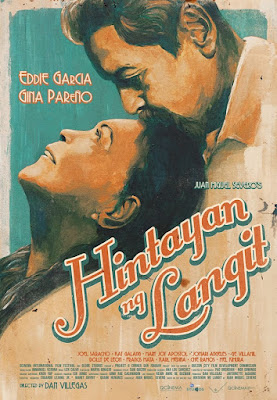 
Lisang (Gina Pareño) is one of the souls that are waiting for clearance in the middle (purgatory) so she can finally go to heaven. Things became complicated with the arrival of her ex-boyfriend Manolo (Eddie Garcia) who recently died because of heart failure and became her roommate. Will the two share the same memory of their postponed love story and have a last hurrah while waiting for their clearance to heaven? 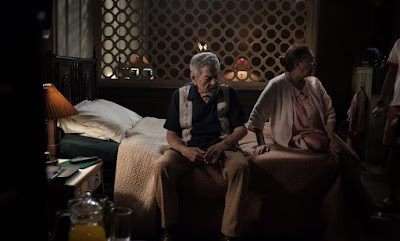 Hintayan ng Langit is written by Juan Miguel Severo and based on his one-act play. The film adaptation was really remarkable by all means and Director Dan Villegas made sure that he would elevate the material and can sink into the viewers before they leave the cinema. It has the heart to tell a story that can touch from inside and out. This film is really a gem and deserves a wide release so more people will have the chance to watch and appreciate the beauty of this one-of-a-kind movie. 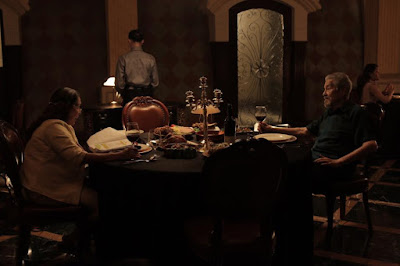 It highlights two legends in the Philippine cinema in Eddie Garcia, and Gina Pareño. Both delivered a memorable performance and showed that they can still make the audience feel the "kilig" moments even at their age. It is quite reminiscing each time Eddie Garcia delivers his trademark lines. It still makes me laugh and effectively lights the viewers up. Gina Pareño, on the other hand, is just enjoyable to watch as we can see her vintage form. It is very evident that the chemistry is within the two as you can really feel their emotions deep down inside. 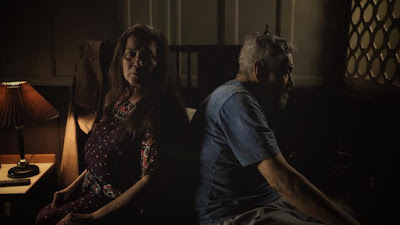 We loved everything about this film, the whole concept and how they really paid attention to every detail. The use of the props, the VHS tapes and even the ideas on how to use the keys are all admirable facts. This is really one of those films that is so easy to recommend and can give you the satisfaction of the price you paid for the admission.

Overall, Hintayan ng Langit is unique, charming and affecting in many ways. Eddie Garcia and Gina Pareno are a palpable pair that can easily touch the hearts of the viewers with their remarkable portrayal. This is one of the Best Filipino films we watched this year.