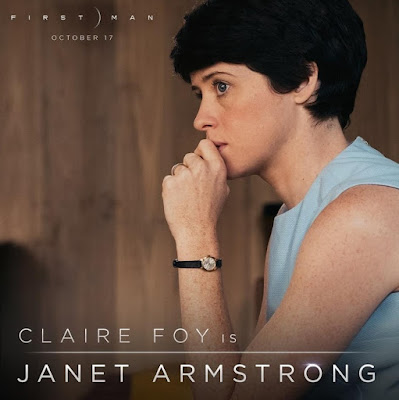 Directed by Damien Chazelle and starring Ryan Gosling as Neil, First Man is the riveting story behind the first manned mission to the moon, focusing on Neil Armstrong and the decade leading to the historic Apollo 11 flight.
Although she assumed she’d build her life with someone with an adventurous disposition, Janet grapples with the sacrifices they’re asked to make in this unexpected journey into history.  While Neil travels to the heavens to deal with their shared grief of unthinkable loss, Janet must handle the Earthly business of being the backbone of the burgeoning space program.  One of the most public faces of NASA families…she led a private life of wondering if she’d chosen this path to shape history…or if fate had done so for the Armstrongs. 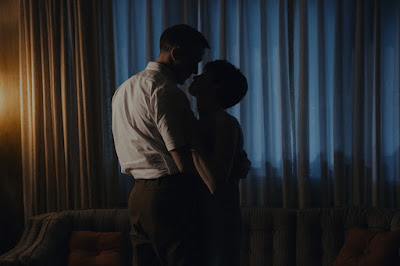 To prepare for her role, Foy explains that she, like so many of the cast, turned to author James R. Hansen, who wrote the book “First Man: The Life of Neil A. Armstrong” from which the film is based.  “Jim gave me the tapes that he had of Janet from when he interviewed her.  She was promoting the space program and supporting her husband, and she was sort of a mouthpiece for NASA as much as any of the other women were.”

Unfortunately, Foy was unable to meet Janet Armstrong in person, due to inclement weather, which kept Armstrong from visiting set in Atlanta.  Janet passed away on June 21, 2018, at the age of 84.  The actress was impressed by the steadfastness of the woman she was portraying.  “You had to take everything she said with a grain of salt because her external support was also heavily impacted by a time that was incredibly stressful, overwhelming and emotional for these women,” Foy says.  “Like all the astronauts’ wives, they are in the background of history.  Nobody spent time investigating what it was like to be them until much later on.”

For Foy, this story is not about just the mission, getting to the moon or the space program.  “It’s about Neil as a human being and what it means for a human to make such extraordinary strides for humankind,” she offers, “and what pushes them to put their life at risk for the rest of humanity.  It’s worthwhile looking at the person who was at the center of that, as opposed to just thinking about what you’ve been fed for the past 50 years about what this person’s done.  It’s about looking back and asking the cost to that person’s life.”

Foy’s director explains just how easily she dovetailed into the production and embodied our heroine, the person whom he feels had the harder part of the Armstrong equation, going on the mission with Neil herself, all the while trying to keep the family together.  “I initially started watching Claire, as many people did, on The Crown,” recalls Chazelle. “This is a total 180 in terms of role—different country, different temperament, different era.  She just nailed it so completely that people who knew the Armstrongs would come by the set and be suddenly a little gobsmacked for a second.  ‘Is that Janet?’”

Her frequent scene partner was moved by her gifts as well.  “The Armstrongs certainly upheld the image of the traditional American family publicly, but Claire never approached any of our work together as though that also defined Janet and Neil’s private dynamic,” offers Gosling.  “She was constantly exploring new ways to communicate not only the complex dynamics inherent in any marriage, but also the experience of someone living something so singular, that it’s hard to even imagine, let alone relate to.” 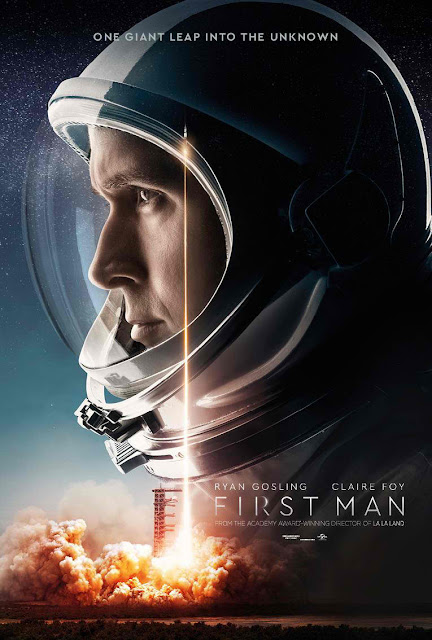