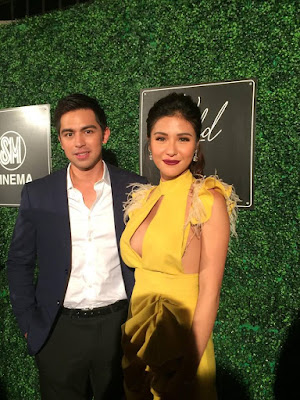 
Last night, was the red carpet premiere screening of Wild and Free at Sm Megamall Cinema 7. It was a star-studded event as the casts graced on to the red carpet with screaming fans on the sidelines, especially when Derrick Monasterio and Sanya Lopez arrived. 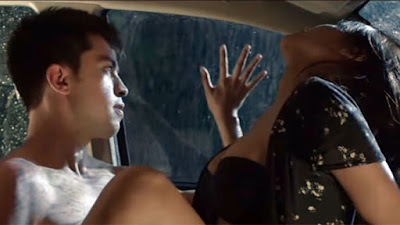 As you've all seen in the trailer, the film is filled with passionate scenes that really let the crowd go wild on their seats. It has a very unusual story that is backed up by very talented and professional lead stars in Sanya Lopez and Derrick Monasterio. The two light up the screen with their hot and steamy moments that are simply hard to ignore. It is also equipped with a balance of humor and wit especially with some of the lines delivered by their very reliable "bangshie" Ashley Ortega.

We can see a very daring Sanya Lopez that will complete your day with a simple glimpse of her angelic face. She is not just a pretty face, but she is just the total package. Her talent is very natural and could easily be one of the elite stars if given the chance to showcase more. Derrick Monasterio, on the other hand, already has proven over and over again that he can run his own show and be a solid male lead. He already had a lot of on-screen partners, but he always shows a very charming chemistry whoever he is paired with. I love how they manage to get on with the wild scenes without making it too lustful.

Wild and Free tells the story of Ellie (Sanya Lopez), an independent woman who works as a part time TNVS driver who unexpectedly picks up his ex-boyfriend Jake (Derrick Monasterio). While on the trip, the two reminisce over their sweet moments as a couple. The two met three years before, and they instantly clicked where it leads to a romantic relationship with sizzling affection to each other. However, things abruptly changed when Jake learns that Ellie has a dark past that is too hard for him to accept. 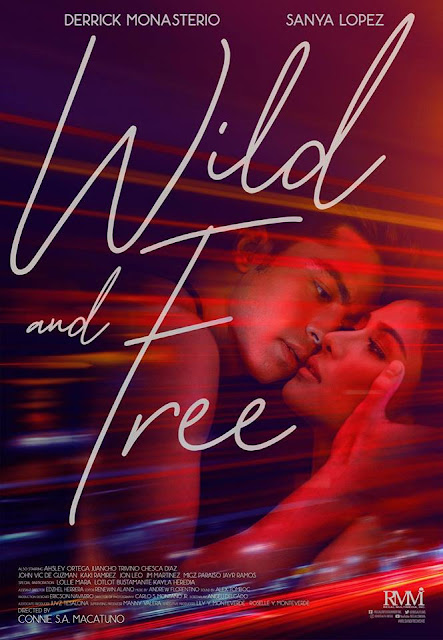 Wild and Free is directed by Connie Macatuno and will open today in cinemas nationwide under Regal Entertainment.