“Girls Trip” breakout star Tiffany Haddish plays the no-nonsense teacher, Carrie, in to Universal Pictures’ hilarious comedy Night School (in Philippine cinemas September 26).
Night School follows a group of misfits (led by Kevin Hart) who are forced to attend adult classes in the longshot chance they’ll pass the GED exam.
(General Equivalency Diploma or GED tests are a group of four subject tests which, when passed, provide certification that the test taker has United States or Canadian high school-level academic skills.)
“The role of Carrie was originally written as straightforward, but once we cast Tiffany, I wanted to put more of her into the character,” explains director Malcolm D. Lee.  “When we meet Carrie in her first scene, she is accosting the principal because he’s dumped another class on her increasing her workload.  From the beginning, she comes out blasting.” 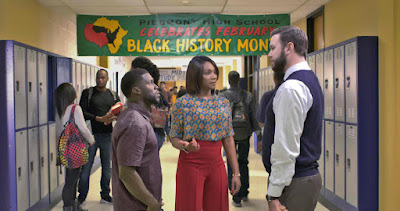 It’s been quite gratifying for her director to watch his breakout star reach for them herself.  “Fortunately, I was able to work with Tiffany on Girls Trip.  She’s continuing her work here, and not only is she funny but she’s growing as an actress as well,” compliments Lee.  “This is a role that’s not just her delivering the funny; it’s about her delivering plot and driving scenes.  When she and Kevin get together they are able to play off of one another very well.”
Hart agrees with his team that it was a coup to get the multitalented Haddish.  “We felt that she could go above and beyond and bring so much laughter and color to our script,” he says.  “She came in with a level of excitement that it is much needed on a day-to-day basis, especially when you have a long shoot.  You want to come and smile, to be happy about work, and she definitely makes it a brighter place when she’s around.” 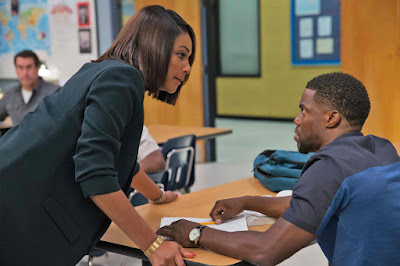 From their days on the comedy-club circuit to her first film roles, Hart has served as an industry mentor to Haddish; they have a true brother/sister relationship, a closeness reflected in their performances.  “Working with Kevin has been a great and fun learning experience.  I learned that you can do several different things at one time,” says Haddish.  “Kevin is an expert at improv, and he says and does a lot of funny stuff.”
Haddish enjoyed is the chance to work with Lee and Packer again.  “Being reunited with Will and Malcolm has been amazing,” Haddish shares.  “I love these guys; they allow me to be creative and to be myself.  I’ve really enjoyed working with them.” 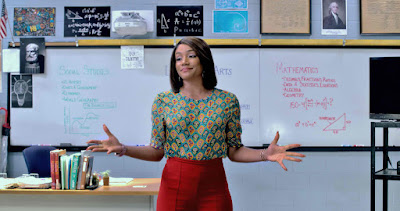 Although Carrie sees through Teddy (Hart) and his half-ass attempts to manipulate her and pass the GED exam, she also cares deeply about her students.  Carrie soon realizes that her most annoying pupil may have a learning disorder.  Haddish thinks the film’s take on Teddy’s academic issues are a part of Night School’s appeal.
For the actress, one of the reasons the comedy is important is that she struggled with a learning disability as a child; she feels the message of overcoming obstacles is one the world needs to hear.  “I’m going to tell you right now, this one right here couldn’t read for a long time,” Haddish says, reflexively.  “Everybody’s brain is capable of doing amazing things, and we all learn differently.  I met a special teacher who sat me down and showed me a different way, and now I can read.  I bet you I can pick up anything and read it to you and comprehend it; that is because somebody cared.  That’s what this movie is about: somebody taking the time to help you be the best you can be.” 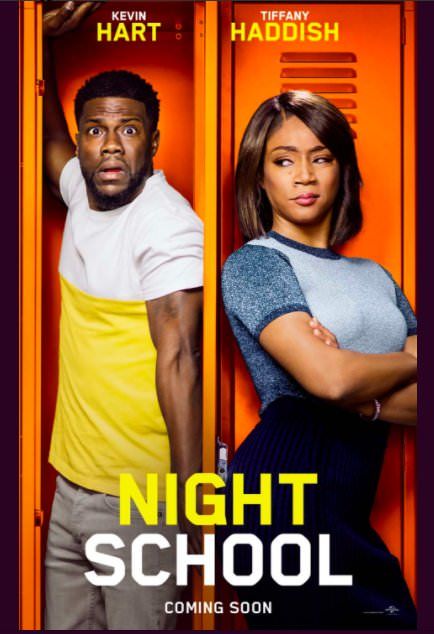