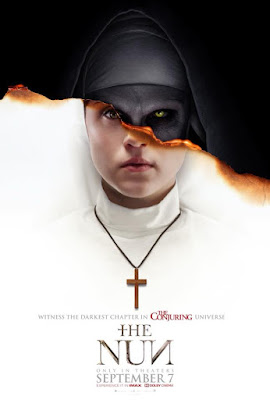 After an apparent suicide by a young nun at a cloistered abbey in Romania, The Vatican sends Father Burke (Demián Bichi) to investigate the mystery. He is also asked to bring along a young novitiate, Sister Irene (Taissa Farmiga) to assist him as she is familiar with "the territory" even she's never been to Romania. Together, they unveil the dark secret about the place and must face a malevolent spirit that is looking for a human body to infest its evil plans.

The Nun is the most anticipated horror movie this year as the viewers of The Conjuring 2 are aching to see Valak back on the big screen. The conjuring universe grants that request and gave the demonic nun a stand-alone film that easily could creep you out even by just watching the trailer. True enough, the film has a lot of surprises and decent hair-raising scenes that could give horror fans a reason to rejoice. 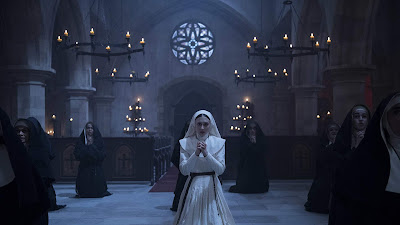 But, then again, some of the great horror film is built around the bad decisions made by the characters. They are all stupid enough to make some of the scenes terrifying. However, these characters are well played by the outstanding set of stars who gave out an all out performance. Taissa Farmiga offers a remarkable job with her role as she seems to play it effortless and hands over the perfect emotion in a certain scene. Demian Bichi also lent a strong act as Father Burke while Jonas Bloquet allows the viewers to take a breather with his comedy relief antics. 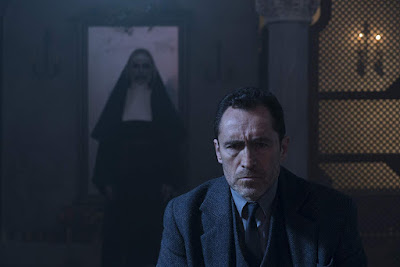 The location was pretty darn creepy, and the set pieces were definitely made to add some more spooky effects. There are a lot of jump-scares and heart-pounding moments that Director Corin Hardy intensified with the use of great camera angles. He also made sure that there are no dull moments that can ruin the film, and the horror was perfectly distributed all around the film. What I really like about is how they managed to string all the events and still have a lot of horror chests waiting to be unlocked to the public. 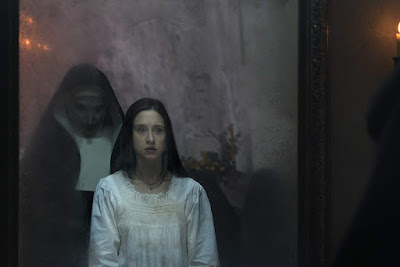 Overall, The Nun delivers s solid scare throughout, cementing the conjuring universe as the best horror franchise in history. I really can't wait to see more chapters, but I hope that James Wan gets back to the director's chair soon.