The House With a Clock in Its Walls: Movie Review 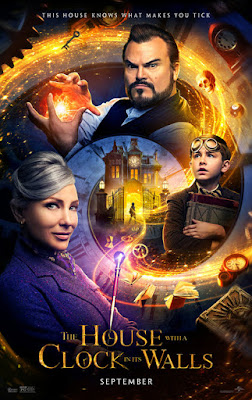 After a tragic death of his parents, 10-year-old Lewis (Owen Vaccaro) is forced to live with his uncle Jonathan (Jack Black) who lives in a big mysterious house filled with ticking clocks. There they are joined by their next-door neighbor, Mrs. Zimmerman (Cate Blanchett) who happens to be a close friend of his uncle. Soon, Lewis learns that his uncle is a warlock and while studying a few magic spells, he accidentally awakens an evil spirit that will put everyone's life in jeopardy. The film is like a fairy-tale storybook read to you by your mom before sleeping when you are still a kid. It awakens your imagination and let you travel in your dreams where you can absolutely do anything with your power. I love how the film brings the viewers to reminisce a part of their childhood while mixing it with some comedy and a pinch of horror to get a much enjoyable result. 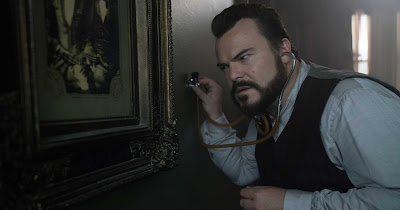 It is just a surprise that Director Eli Roth has a lighter side in him that can actually entertain a different crowd and outside his comfort zone. He managed to still blend in some of his style without the gory content. We also love the fact how he utilized the skills of his talents and provided them a creative material to work with. 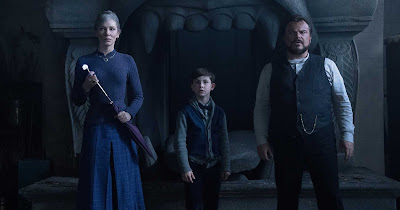 The film became even more entertaining because of its bubbly set of stars. There is no question about Jack Black's appeal when it comes to these kinds of films. He had proven every single time that comedy is just his strongest side. Cate Blanchett feels miscast, but shows that she is versatile enough and played the role tremendously. She and Black effortlessly delivered a comic chemistry that sparks a few laughs from time to time. Young actor Owen Vaccaro impressively portrayed his role and might follow the footsteps of Jacob Tremblay in the future.

Overall, The House With a Clock in Its Walls gets entertaining by the minute and livelier until it reaches the end. You just need to watch it on a decent cinema to experience a full viewing pleasure or maybe on an IMAX screen if you have a few more cash to spare.