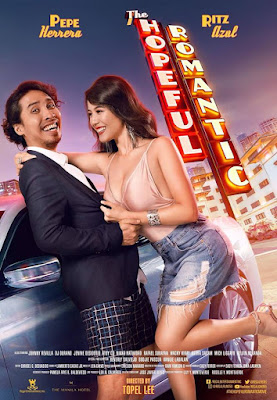 Jess is a certified virgin and a valet parking attendant at the Manila Hotel who gave back a bag full of cash where in return, he is gratefully rewarded by his boss because of his honesty.  He received a three-night stay at one of the most expensive suites in the hotel plus cash, so he can experience to live like a king. What he didn't know is that his luck doesn't end there as he meets Veronica (Ritz Azul), a beautiful lady who instantly got his attention and a place in his heart. But how long can Jess pretend to be rich and will he able to reveal his true identity without losing the girl of his dreams? 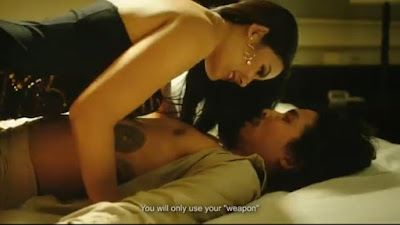 There are a lot of romantic-comedy films released this year with different new pairings to offer some fresh juice into our cinemas. With the recent success of this trend, Regal Entertainment brings another experimental team-up on the table with Pepe Herrera and Ritz Azul in The Hopeful Romantic. Well, last night was great after watching it in its red carpet premiere as the film has the right mix of humor that will let the movie-goers exit the cinemas which a huge smile on their faces. 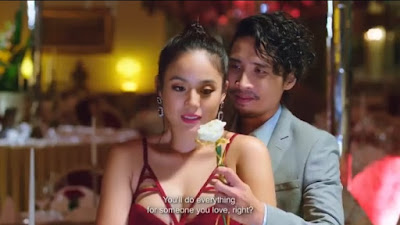 The film definitely had a blast in providing a good laugh from start to finish. It has a lot of great moments in providing unique comedy materials that are pretty memorable and surprising. It is not your ordinary slapstick movie as the jokes are harmlessly funny and the casts were just on the top of their game while portraying their roles. Director Topel Lee distributed the comedy throughout and never let a dragging moment to infest his comedy masterpiece. 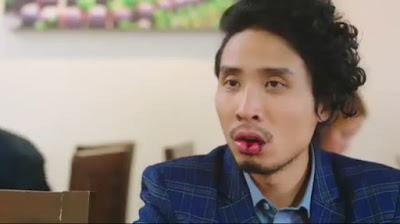 Pepe Herrera proves that he can lead and carry his own film as he has that charming personality and talent in comedy. He was just perfect and fun at all times as he delivers his skits timely and neatly. Ritz Azul performed well and showed a great on screen chemistry with Pepe making them look palpable by all means. She was just stunning and mesmerizing in every scene. Aside from the lead stars the supporting cast helped a lot to light up this comedy flick.

Beverly Salviejo is a legend when it comes to this type of films, and she has once again shown her mastery in comedy. Her scene with Bodjie Pascua was simply one of the main highlights that really got us laughing out loud. Nikko Natividad and Rafael Sudayan were both great pick-ups as they provided some fun moments that completed our night. It was just hard to imagine that there are still a lot of talents that needed some more material as they were sidelined with small roles like Wacky Kiray and Donna Cariaga. 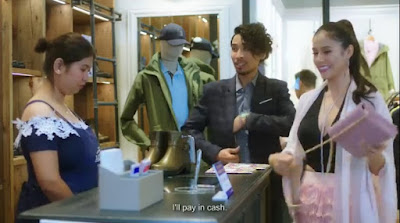 There were just a few scenes that felt rushed especially at the end and a much tighter editing is needed to clean up those loose ends. Other than that, everything is packed with fun and entertainment that definitely needed to be seen on the big screen.

Overall, The Hopeful Romantic launches a cute and desirable pair in Pepe Herrera and Ritz Azul. We need a little more of this blend of comedy that is a perfect stress-reliever after a long and tiring day at work.