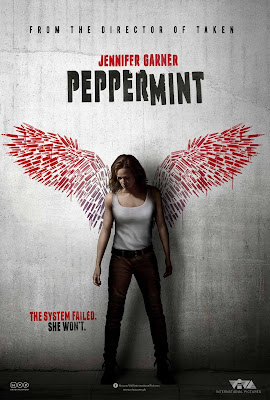 
After a brutal attack that killed her husband and daughter, Riley North (Jennifer Garner) awakens from a coma and seeks for justice once and for all. However, when the court fails to put the suspects behind bars, she vows to avenge her family.  Soon, Riley hunts down the perpetrators and put justice in her own hands.

Peppermint is currently sitting at 11% in Rotten Tomatoes website and boy we were wondering if they watched the same film. That rating is too freaking low and doesn't bring justice to Pierre Morel's newest revenge themed action thriller. 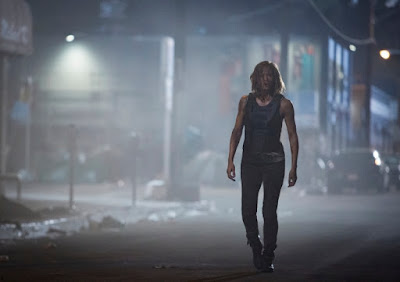 The film's premise was simple and yes, it was cliched, but to see Jennifer Garner battling a drug cartel was extremely fun to watch. It felt like we are watching a female version of John Wick (sorry to Atomic Blond fans), as Garner switches to a gunslinger machine that will put a bullet hole to anyone who gets into her way. It is really nice to see her get out of that mother roles and fully gets back to the things that launched her career like what she did in Alias in 2001. We all know that she is capable to be a solid female action star, and she once again proved that she still has a lot of gas left in her tank here in Peppermint. 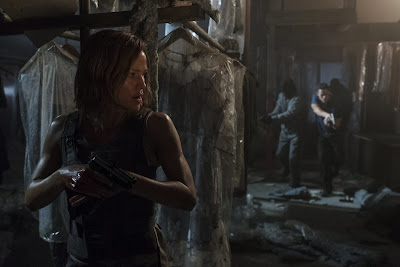 Just like in John Wick and Taken, Peppermint has a lot of decent fight scenes and a huge amount of body count. These alone serves the entertainment factor as the film is injected with pure adrenaline rush. It is nice to see Director Pierre Morel back into the chair and solidly delivers another action-thriller to remember. It may not impress some of the critics, but it will surely give the action-junkies a reason to celebrate. 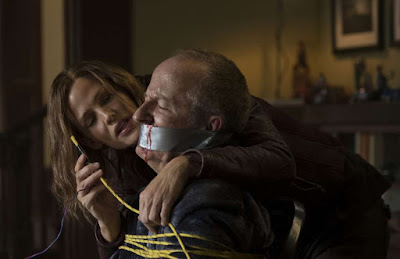 Overall, Peppermint is a decent revenge-action flick that deserves to be enjoyed on the big screen with a popcorn tub on your hands. It is exciting throughout and offers visceral thrills that weave through its steadily fast-paced setting. Morel left a small window to operate for a sequel, and we hope that it could push through as we are still craving for more after watching this.