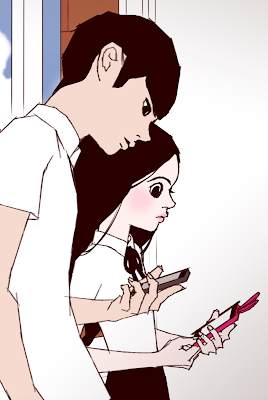 September 5, 2018, Seoul, Korea – Netflix, Inc., the world's leading entertainment service, announced that Love Alarm, the Korean original series based on the popular webtoon by comics author Chon Kye-young, will go into production this year and bring a unique romance story into the Korean original series lineup. Love Alarm will be available only on Netflix globally in 2019.
The story of Love Alarm revolves around a mobile application that alerts users when someone within a 10-meter radius has romantic feelings for them. While the app becomes a social fascination, people are still interested in the true, natural feelings for each other that existed before everyone was using the app.
Love Alarm is the hit webtoon series by Korea’s top comics author Chon Kye-young, and has been recognized for its unique drawing style and in-depth emotional expressions within the story. Chon has been well known for her work including Unplugged Boy and Girl in Heels, and Love Alarm’s popularity has been continuing for 7 seasons since its debut in 2014.
The new Netflix original series will be directed by Lee Na-jeong, recognized for the popular romantic comedy Fight My Way, and writers will include Lee Ah-youn and Seo Bora. The 8-episode Netflix original series will be produced by Studio Dragon.