On the heels of their six-time Academy Award®-winning La La Land, Oscar®-winning director Damien Chazelle and star Ryan Gosling reteam for Universal Pictures’ First Man, the riveting story behind the first manned mission to the moon, focusing on Neil Armstrong and the decade leading to the historic Apollo 11 flight.


A visceral and intimate account told from Armstrong’s perspective, based on the book by James R. Hansen, the film explores the triumphs and the cost—on Armstrong, his family, his colleagues and the nation itself—of one of the most dangerous missions in history.

Chazelle’s interest and stories continue to focus on the cost of achievement…and whether or not excellence is worth the price for those who reach.  Just as he reimagined the discipline of mentorship on the road to mastery in Whiplash—and deconstructed the movie musical in La La Land—Chazelle now challenges expectations of what a “mission picture” should resemble.  DiscoveringFirst Man alongside numerous collaborators, Chazelle approaches the film from interior angles in order to immerse audiences in this impossible journey.

Portraying the passionate, indomitable, unsung hero Janet Armstrong is Claire Foy (Netflix’s The Crown)—Neil’s wife and the woman who helped make these times monumental.  Although she assumed she’d build her life with someone with an adventurous disposition, Janet grapples with the sacrifices they’re asked to make in this unexpected journey into history.  While Neil travels to the heavens to deal with their shared grief of unthinkable loss, Janet must handle the Earthly business of being the backbone of the burgeoning space program.  One of the most public faces of NASA families…she led a private life of wondering if she’d chosen this path to shape history…or if fate had done so for the Armstrongs. 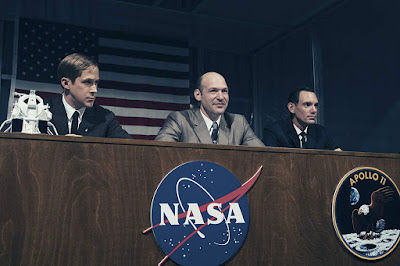 Playing the men in command of these early missions are KYLE CHANDLER (Game Night) as Director of Flight Operations Deke Slayton and CIARÁN HINDS (Tinker Tailor Soldier Spy) as Bob Gilruth, the first Director of the Space Center.  They are joined by LUKAS HAAS (The Revenant) as command space module pilot Mike Collins and CORY MICHAEL SMITH (TV’s Gotham) as Roger Chaffee, Grissom and White’s fellow ill-fated comrade on the Apollo Command Module, which was destroyed during a pre-flight test at Cape Canaveral.  Also joining the performers is OLIVIA HAMILTON (La La Land) as Pat White, who serves as a daily reminder to the closely knit neighborhood of the real threat they’re all facing.

Written by Academy Award® winner Josh Singer (Spotlight, The Post), the epic drama of leading under the pressure of grace and tragedy is produced by Wyck Godfrey & Marty Bowen (The Twilight Saga, The Fault in Our Stars) through their Temple Hill Entertainment banner, alongside Isaac Klausner (Love, Simon) and Chazelle.  Steven Spielberg, Adam Merims and Singer executive produce, while DreamWorks Pictures co-finances the film. 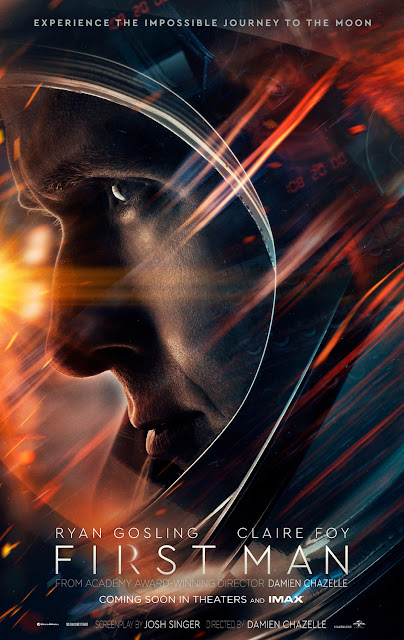