Jack Black, A Fun Uncle Who Teaches Magic in “THE HOUSE WITH A CLOCK IN ITS WALLS”

For the role of Jonathan Barnavelt in Universal Pictures’ fantasy-adventure The House with a Clock in Its Walls, it was important to the filmmakers to find someone who would serve as the initially frightening relative to live with…who then becomes the really fun uncle to join you on an adventure.
For director Eli Roth, the role can be done justice only by comedy superstar Jack Black. “Jack just encapsulates all of it,” says Roth.  “It’s hard for me to think of anyone else in the role other than him.  I’d seen him perform live in Tenacious D; I’ve seen all of his movies.  You think of Jack, and you just laugh; he has so much personality, so much charm, and he’s so funny.  But he also has such heart.  In his films like School of Rock or Bernie, he’s an incredible dramatic actor.  He has such humor, life, and such a soulful quality to him.  It’s a dream come true to watch him create this role.”
The magical adventure tells the spine-tingling tale of 10-year-old Lewis (Owen Vaccaro) who goes to live with his uncle Jonathan Barnavelt (Black) in a creaky old house with a mysterious tick-tocking heart.  But his new town’s sleepy façade jolts to life with a secret world of warlocks and witches when Lewis accidentally awakens the dead. 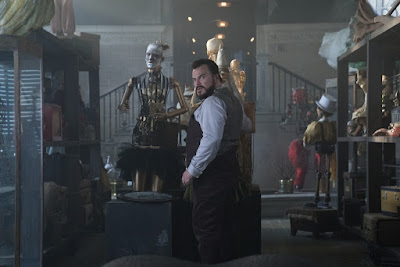 Black has long thought of himself as a kid at heart, and like his collaborators, he appreciated the fact that Jack Kripke’s script brought the spirit of John Bellairs, author of the book from which the film was based.  Despite its dark themes of loss and tragedy, the story offers lessons, excitement and pure joy.  “This is a movie that kids of all ages can enjoy,” reflects Black, “but we want to give them a thrill.  Sometimes you have to go dark to give them that.”  He particularly appreciates the secret at the story’s core: “They’re living in a house that has a living clock of doom, and they have to disengage the clock to save the world.”
One of the core themes to The House with a Clock in Its Walls is honoring one’s individuality.  In the film, Jonathan plays certain notes on his saxophone, and it will open up his magic…unique to him.  Black reveals that element is one of his favorites about the story: “Tapping into our unique weirdness is the key to a person’s individual magic.  Let the individuality out.” 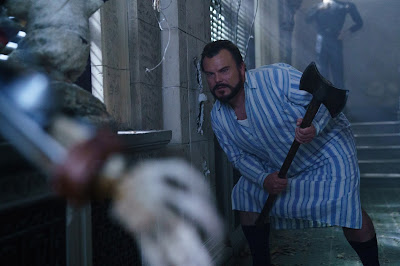 Black was duly excited about Cate Blanchett’s casting as powerful witch Florence Zimmerman, and he remains appreciative of their time on set together.  “The idea of working with Cate was exciting and daunting,” he states.  “I told everyone I knew I was working on a Cate Blanchett movie; I think she’s the best actor in the world.  Blue Jasmine is one of the best performances of all time.”
The chemistry between Black and Blanchett is unexpectedly whimsical, and Blanchett and Black had a ball delivering Kripke’s zingers at one another.  “Jonathan and Florence have been long connected through their love of magic,” adds Blanchett, “but also a mutual respect.  They bicker and fight like George and Martha from Who’s Afraid of Virginia Woolf.  But they have a deep love of one another, and they understand each other’s foibles—as well as the pain that they’ve both experienced.  There’s a great love between them, as much as they tussle with one another.” 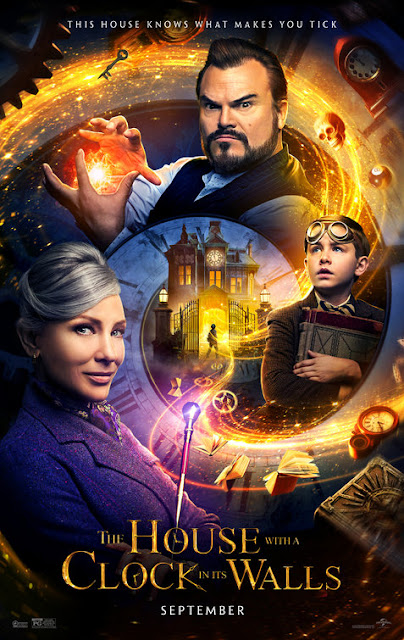