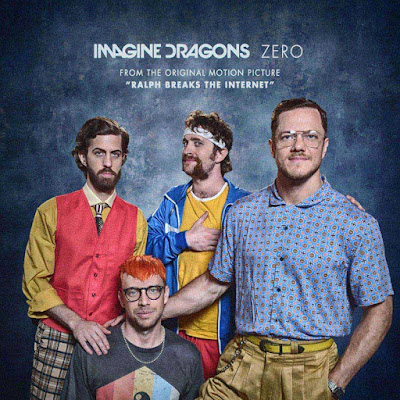 BURBANK, Calif. (September 19, 2018) – Imagine Dragons, the GRAMMY®-winning band behind recent hits “Natural” and “Whatever It Takes,” wrote and recorded the end-credit song “Zero” for Walt Disney Animation Studios’ “Ralph Breaks the Internet.”
The song, which will be featured on the upcoming Walt Disney Records soundtrack album, is available today from KIDinaKORNER/Interscope Records. Listen at http://smarturl.it/IDZero.  It was just featured as Zane Lowe’s World Record on Apple Music’s Beats 1.
The “Zero” lyric video also debuts today—check it out at https://youtu.be/hqAauanvEew.
Directed by Rich Moore and Phil Johnston, “Ralph Breaks the Internet” opens in Philippine theaters on Nov. 21, 2018.
In the movie, video-game bad guy Ralph struggles with his evolving friendship with fellow misfit Vanellope von Schweetz. According toImagine Dragons’ lead singer Dan Reynolds, the film’s emotional themes are reflected in the song “Zero.” “It's a pretty timely movie in a lot of ways in that it addresses some of the issues of identity and loneliness unique to this internet generation,” says Reynolds. “Ralph's internal struggle for self-acceptance really resonated with us, and this song speaks to that.”
Adds Moore, “It’s a bold choice for an end-credit song because it’s about someone who feels like a zero, someone who hasn’t always felt worthy, someone who’s allowed his entire sense of self to rely on a single friendship. When that friendship is threatened, there’s a lot of insecurity.”
“We can all relate to that feeling,” adds Johnston. “But the song tells us we’re not alone. They nailed the theme of the movie in a way that also makes you want to dance.”
Says Reynolds, “The song is a dichotomy in some ways, with sometimes heavy lyrics over pretty upbeat instrumentation. The result is a tone that is somewhat bittersweet, which felt appropriate given the complexity of Ralph as a character.”
“Zero” is now available from KIDinaKORNER/Interscope Records:
Retail: http://smarturl.it/IDZero
Amazon: http://smarturl.it/IDZero/amazonunlimited
Apple Music: http://smarturl.it/IDZero/applemusic
Google: http://smarturl.it/IDZero/googleplay
iTunes: http://smarturl.it/IDZero/itunes
Spotify: http://smarturl.it/IDZero/spotify 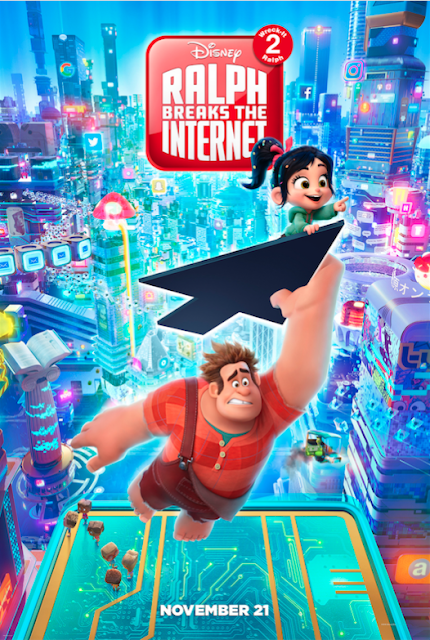 “Zero” will be featured on the “Ralph Breaks the Internet” soundtrack, available from Walt Disney Records Nov. 16. Stay tuned for more information about the soundtrack.
ABOUT THE MOVIE:

In “Ralph Breaks the Internet,” video-game bad guy Ralph (voice of John C. Reilly) and best friend Vanellopevon Schweetz (voice of Sarah Silverman) leave the comforts of the arcade in an attempt to save her game, Sugar Rush. Their quest takes them to the vast, uncharted world of the internet where they rely on the citizens of the internet—the Netizens—to help navigate their way. Lending a virtual hand are Yesss (voice of Taraji P. Henson), the head algorithm and the heart and soul of the trend-making site “BuzzzTube,” and Shank (voice of Gal Gadot), a tough-as-nails driver from a gritty online auto-racing game called Slaughter Race, a place Vanellope wholeheartedly embraces—so much so that Ralph worries he may lose the only friend he’s ever had.Directed by Rich Moore (“Zootopia,” “Wreck-It Ralph”) and Phil Johnston (co-writer “Wreck-It Ralph,” “Zootopia,” writer, “Cedar Rapids”),and produced by Clark Spencer (“Zootopia,” “Wreck-It Ralph,” “Bolt,” “Lilo & Stitch”), “Ralph Breaks the Internet” hits theaters on Nov. 21, 2018.
ABOUT IMAGINE DRAGONS:

Formed in 2009 and featuring lead vocalist Dan Reynolds, guitarist Wayne Sermon, bassist Ben McKee and drummer Daniel Platzman, Imagine Dragons earned a grassroots-following by independently releasing a series of EPs. After Alex Da Kid signed them to his KIDinaKORNER/ Interscope label, the band made its major-label debut with the release of Continued Silence, a 2012 EP featuring the 2x platinum breakthrough single ”It's Time.” Night Visions arrived later that year and Imagine Dragons found themselves on a skyward trajectory that saw the album debut at No. 2 on the Billboard Top 200 Albums chart and became the No. 1 album on Spotify Worldwide for 2013. Night Visions has sold more than 5 million copies worldwide. The album's second single, the 10x-platinum ”Radioactive,” hit No. 1 on the Billboard Rock chart and earned the band a 2014 GRAMMY for best rock performance. The third single, ”Demons,” hit No. 1 on Alternative and Top 40 radio, and has sold over 4 million copies in the U.S. Imagine Dragons' platinum-selling second album, Smoke + Mirrors, debuted at No. 1 on the Billboard Top 200 album chart and has sold 1.1 million copies worldwide. The band's third studio album, Evolve, was released June 2017 and went double platinum within a year of its release. The first single “Believer” topped the alternative radio chart for 12 weeks and the follow-up, “Thunder,” hit No.1 at alternative and top 40 radio