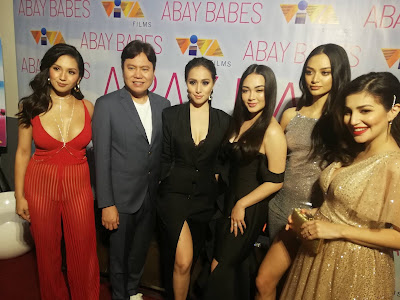 It was the red carpet premiere screening of  "Abay Babes" last night at SM Megamall Cinema 7, and the venue was filled with oozing sex appeal when the stars graced on to the red carpet to promote their film. Opening nationwide tomorrow, September 19, the whole cast promises not only to light up the screen with their alluring scenes but also let the viewers to enjoy a comedy film that will give good vibes all throughout.

The film is directed by Don Cuaresma, which tackles about four high school friends (Emerald, Ruby, Perla and Goldie) who reunites to attend a wedding they've always dreamed of. They are also joined by Jade (Meg Imperial), Goldie's friend from America to experience a wacky reunion to remember. 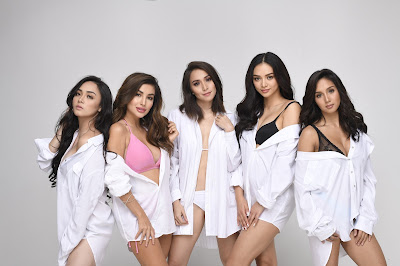 It is a one-of-a-kind sexy comedy film that features the outstanding talents of stars with Roxanne Barcelo leading the pack and killing her role as Goldie. She is just simply on the top of her game and remarkably nailed her role with conviction. Meg Imperial also showcased her abilities as a lesbian and generated a Jake Cyrus look with style. Cristine Reyes and Nathalie Hart sparked the funny debates of two friends battling for their egos and Kylie Verzosa effectively joins the fun as a soon to be nun. 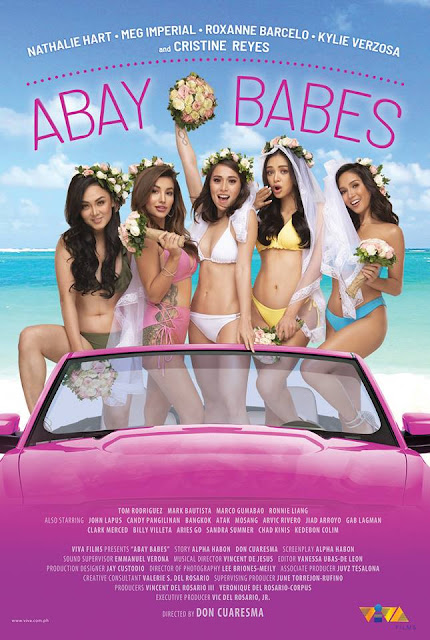 "ABAY BABES" Opens September 19 in cinemas nationwide and will be distributed locally by VIVA FILMS!