Channing Tatum Plays The Yeti Who Discovers Man in “SMALLFOOT”

“Our yetis are nice,” Karey Kirkpatrick, director of the yeti-meets-man comedy adventure “Smallfoot” wants to be clear. “They have big hearts, big feet, and big personalities.”  Foremost among these is the story’s hero, Migo, a happy-go-lucky young yeti utterly at peace with himself and his little world, when we first meet him, with no greater ambition than to take over the job as village gong-ringer when his dad retires.
The filmmakers cast Channing Tatum to voice for Migo, about whom Kirkpatrick says, “Channing has a great everyman quality and he gave Migo lots of charm and boyish exuberance.  You instantly like Channing when he opens his mouth, which is exactly what we wanted with the character, and he was game for anything.  When we told him he’d have to sing a song his first reaction was, ‘What?’ But then he dove right in and he sounds fantastic.

“I think most of us can see ourselves in Migo to some extent,” the director continues.  “It’s just easier to accept what you’re told and trot along through life, la de da.”
But everything changes when the yeti spots a downed plane in the distance and chooses to pursue it.  Says Tatum, “The yetis run their lives by a series of laws that have been around forever. One of them states there’s no such thing as a smallfoot, so when Migo tries to tell everyone about finding the plane and the smallfoot, he is told that what he experienced is just not possible.” 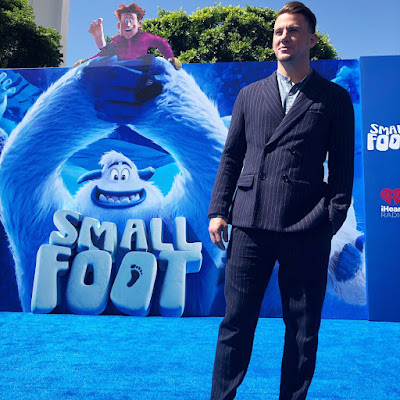 Yet...it is.  This leads to a life-altering dilemma as poor Migo struggles to reconcile what he knows to be true with what is expected of him: recant his story, deny the smallfoot and get on with his happy life, or face ridicule and banishment.  Recanting his story means telling a lie, and Migo would never lie.  That leaves him no other option but to try and find the elusive smallfoot and bring it back to the village as proof.
What Migo doesn’t yet understand is that this won’t solve his problem; it will only bring other, bigger problems and questions to the forefront.  “Migo was content following the rules and had no complaints,” says Tatum.  “He wasn’t looking to stir up trouble.  But he gets pushed out of the nest, in a way, and what he finds is that there’s real beauty in discovery and so much to learn.  After that, it’s impossible to go back.”

About “Smallfoot”
An animated adventure for all ages, with original music and an all-star cast, “Smallfoot” turns the Bigfoot legend upside down when a bright young Yeti finds something he thought didn’t exist—a human.
News of this “smallfoot” brings him fame and a chance with the girl of his dreams. It also throws the simple Yeti community into an uproar over what else might be out there in the big world beyond their snowy village, in a rollicking story about friendship, courage and the joy of discovery.
“Smallfoot” stars Channing Tatum (“The LEGO® Batman Movie,” the “Jump Street” films) as the Yeti, Migo, and James Corden (“Trolls” ) as the Smallfoot, Percy.  Also starring are Zendaya (“Spider-Man: Homecoming”), Common (“Selma”), LeBron James (upcoming “Space Jam 2”), Gina Rodriguez (“Jane the Virgin”), Danny DeVito (“The Lorax”), Yara Shahidi (TV’s “Black-ish”), Ely Henry (TV’s “Justice League Action”), and Jimmy Tatro (“22 Jump Street”).
“Smallfoot” is directed by Karey Kirkpatrick, Annie Award-winning director of “Over the Hedge” and Annie nominee for the screenplays for “Chicken Run” and “James and the Giant Peach.” 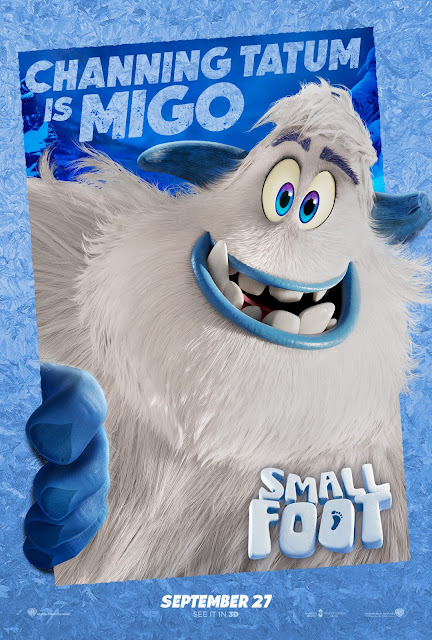