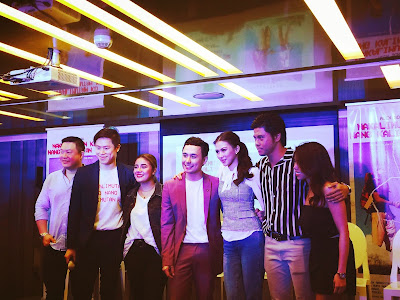 
The film that is tagged as the "hugot" movie of the year is just a few days away from its anticipated release. The trailer of the film simply spread out like wildfire in social media as Alex Gonzaga was  mesmerizing in delivering her lines in the upcoming film "Nakalimutan Ko Nang Kalimutan Ka" that is written and directed by former PBB housemate Fifth Solomon.

Fifth told the press and bloggers at its grand press con last Friday, that Alex Gonzaga was the perfect choice to play in this film as he knows that she can easily relate to the script because of her heartaches in the past. He is also proud that his friend didn't hesitate to grab the role and easily said yes to his project. Alex Gonzaga also answered some of the fiercest questions but likely enjoys to throwing a joke first to light up the venue for a bit.

They are all excited to let the Pinoy audience watch their film that will open this September 19 in cinemas nationwide and prays that they will be warmly received by positive reviews and feedback.

Jaz (Alex Gonzaga) is still recuperating from the heartaches caused by her ex-lover (Vin Abrenica). In a quest to forget all their moments together, she goes on to a road-trip adventure with her best friend (Jerald Napoles). Will Jaz recover and learn to forget the past or will she struggles to let go and still hold on to her past? 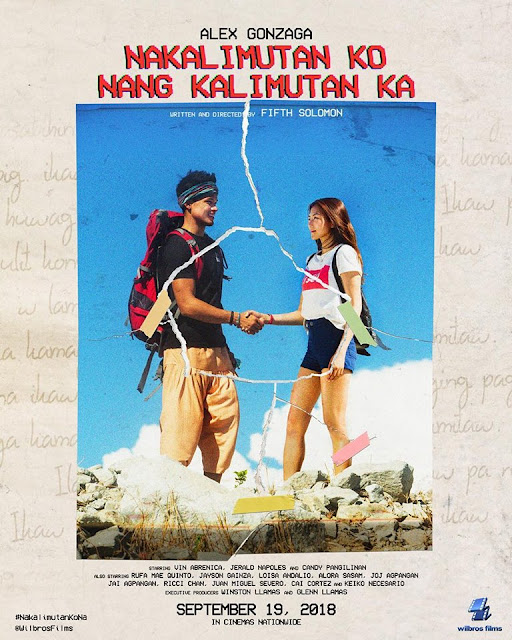