In a small town in Massachusetts, a group of friends perform a ritual in an attempt to debunk the lore of Slender Man. When one of them goes mysteriously missing, they begin to suspect that she is, in fact, HIS latest victim.
Columbia Pictures’ new horror-thriller Slender Man stars Joey King (The Conjuring), Julia Goldani Telles (The Affair), Jaz Sinclair (Paper Towns), Annalise Basso (Ouija: Origin of Evil), Alex Fitzalan (Season and I Miss You), Taylor Richardson (A Most Violent Year) and Javier Botet (The Conjuring, Insidious 4, IT).
Slender Man is directed by Sylvain White (Stomp the Yard and The Losers) and produced by Bradley J. Fischer, James Vanderbilt, William Sherak, Robyn Meisinger and Sarah Snow. The film is written by David Birke (Elle). 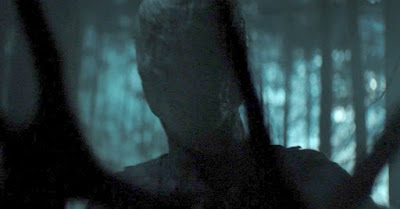 “Slender Man is an unnaturally tall, phantom-like figure associated with the disappearance of people, often kids, in suburban or forested areas—and nobody knows what happens to the people who disappear,” begins producer Brad Fischer. “He can sometimes be seen in photographs; you don’t immediately realize that he is there until suddenly, you recognize him in the corner of the frame. His arrival can be categorized by ‘Be careful what you wish for,’ a warning for all, but especially for the kids growing up in a suburban malaise who get bored and might want to test the dark side—for suddenly they're facing something pretty terrifying.”
“Here is this tall man in a suit—but take the face away!” marvels producer Sarah Snow. “It’s a figure of authority that’s after you, and that’s something that can be very frightening.”
Slender Man may have these eye-of-the-beholder elements, but he “certainly harkens back to existing concepts of mythology,” adds executive producer Louis Sallerson. “There’s the Pied Piper and other medieval and more modern ideas of something that takes your children away. In some ways I think we’re most horrified by what is essentially an undermining of society. This idea that something can take your children, make them unrecognizable or take them altogether off the grid in a way that you can’t imagine what has happened to them is not just a frightening thing for you, personally, but extrapolated is just as frightening a thing for society at large.”

The creator of Slender Man, Eric Knudsen (aka Victor Surge) joined the cast and filmmakers and he provided his take on the character: “It's simultaneously easy and hard to describe him. It's easy to describe his appearance and to a lesser extent his method, but to describe his motives is impossible. Because that's the whole point! He's like an open-source creature. You can ascribe to him whatever trope or whatever you find frightening. And that's, I think, his appeal to a mass audience. You may think you know the rules, like who he’s going to affect or how he's going to come after you—and then he might just flip the script and go in a completely different direction. And that's what makes him so frightening. It's the unknown nature of what he wants or what it wants… and what it does.
We don't know his motives. If we see his actions as something terrifying, it is something terrifying. If someone sees it as something safe or something good, that's how she perceives it. I want Slender Man to almost be above those concepts, above the concepts of good and evil, malicious or benign. It seems all terrifying, because it's so unknown to us.”
“I like that ‘viral’ aspect in both ‘going viral’ and in virus,” adds producer Sarah Snow. “You can’t get rid of a typical virus. Once you’ve got it, it’s there forever. There may be some ways of controlling its effect on you. But not with Slender Man—once he’s found you he has you. Well, think about it like this: Slender Man exists within the Internet but until you’ve let him into your life he’s just on the Internet. Once you have made this connection with him, he becomes real. He becomes a part of the real world around you, the shape and the fabric of your life. And whether that’s just a perception or whether it’s physically legitimate, he’s standing in the corner of your bedroom.” 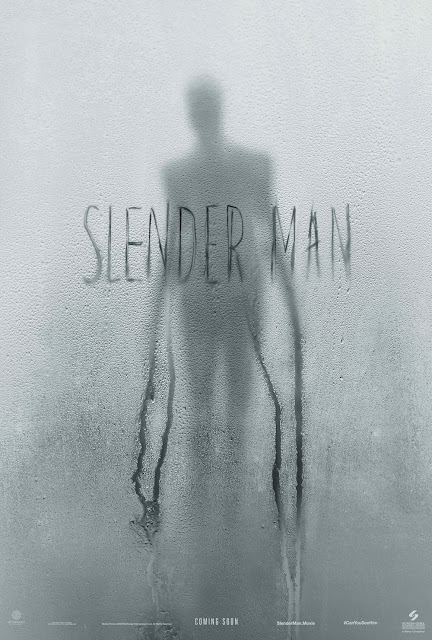