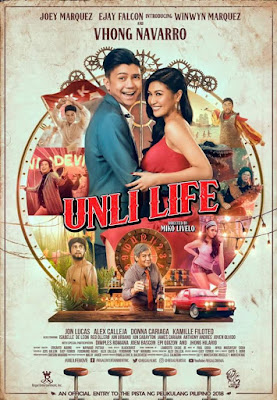 Benedict (Vhong Navarro) is about to propose to his girlfriend Victoria (Winwyn Marquez) when she called it quits to their relationship.  Heartbroken and hopeless, Benedict came across to a bar where the bartender offers him a drink called "Wishkey" where he could actually go back in time and fix some things to avoid their breakup. Soon, we follow Benedict in a time-travel adventure to the prehistoric era and different generations with one goal in mind - to win back his only love. 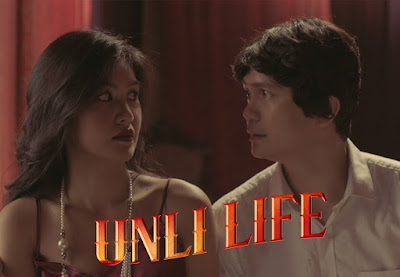 There is no question that Vhong Navarro is one of the top comedians who can carry a film behind his back. He is a bankable lead star who already had the charm and talent but what made this film a bit different from his previous movies is that Unli Life transports us to different eras mixed with solid jokes, which actually made us laugh hard throughout. The comedy was pretty decent but sadly, a lot of the good stuff was already spilled on the trailer but there are a lot of punchlines that will leave a mark and still makes me laugh whenever I think about it. 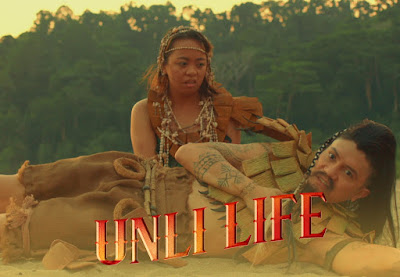 It is hard to come up with fresh ideas, but Director Miko Livelo brought life to a Time Machine by letting the viewers experience a lot of time periods and entertain them with style in his brand of comedy. The actors responded well, with Vhong Navarro dictating the pace with his energetic appeal and the rest of the cast simply absorbs all his positivity to make it more interesting. Winwyn Marquez responded well to the challenge and became a perfect fit to be the leading lady. She is just simply gorgeous in every angle even with that caveman outfit. Ej Falcon also did a remarkable job as Vhong's arch-nemesis. The other supporting cast members also contributed their best effort, especially Joey Marquez and Donna Cariaga. 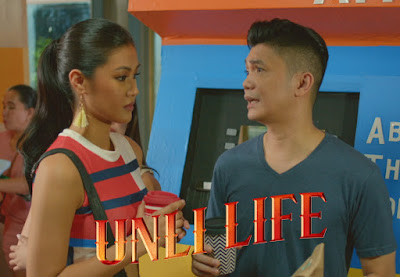 Overall, Unli Life is definitely a stress-reliever comedy film. There are no dull moments throughout and managed to deliver a slick compelling film to entertain everyone in the whole family.