To complement the voice actors playing the titular roles in Warner Bros. Animation’s “Teen Titas GO! To The Movies,” the filmmakers cast a roster of voice artists for the supporting characters, including Kristen Bell as Jade Wilson, Will Arnett as Slade, Nicolas Cage as Superman, Halsey as Wonder Woman and Jimmy Kimmel as Batman.
“Casting the film was really fun,” producer Peggy Regan recalls.  “We got some amazing talent to come in even for the briefest roles, and I’m excited for the fans to see whose voices they recognize.” 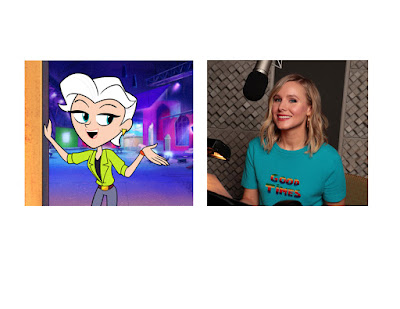 Kristen Bell
Hollywood director Jade Wilson has made a major motion picture about every superhero on the planet, and is even dipping into their gadgets, but she draws the line at…sidekicks.  “I’m afraid it’s no,” she tells Robin when he pleads for his own feature film.
Kristen Bell voices the pragmatic filmmaker who undoubtedly has her bottom line in mind.  “She understands that size matters,” quips Bell.  “In terms of a superhero film, bigger is better.  The screen is huge, you want to fill it, but you do have to rely on having an emotional story to make it work.  To her, the Teen Titans have dreams of being actual superheroes, but they’re not quite cutting it.  They’re a ragtag group of misfits.  She just doesn’t view Robin, or his friends, as that compelling.” 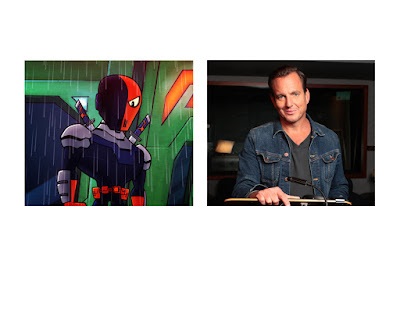 Will Arnett
A recurring villain in the canon—arguably the Titans’ greatest foe—Slade is a serious bad guy and a master of mayhem, which the filmmakers knew would make for a real battle and a great choice for the film.
In a twist that would ruffle even Alfred’s feather duster, the nefarious Slade is voiced in the movie by none other than LEGO® Batman himself, Will Arnett. 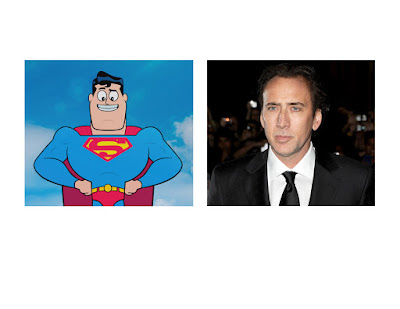 Arnett, who also produced the film, is a huge fan.  “My kids watch the series and I would hear it playing in the background,” he says.  “Most of the time when I hear shows that my kids are watching, I want to smash the TV, but with ‘Teen Titans GO!’ I’d hear jokes or songs and they were so good.  I reached out to the writers and we got to talking about the idea of making it into a movie.  Don’t tell them I said this, but the more I get to know those guys, the more impressed I am.”
“Slade’s ultimate goal is to dominate the entire planet via mind manipulation,” Arnett explains.
Naturally, the Teens play right into Slade’s hands.  After all, they need an adversary, and he needs the most gullible, easily distractible, completely adorable yet seemingly dispensable supers in the universe to unwittingly do his bidding.  So…win-win? 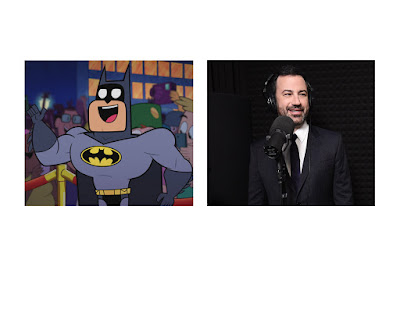 About “Teen Titans GO! to the Movies”
When the Teen Titans go to the big screen, they go big!  “Teen Titans GO! to the Movies” finds our egocentric Super Heroes in their first feature film extravaganza—a fresh, gleefully clever, kid-appropriately crass and tongue-in-cheek play on the superhero genre, complete with musical numbers.
It seems to the Teens that all the major superheroes out there are starring in their own movies—everyone but the Teen Titans, that is!  But de facto leader Robin is determined to remedy the situation, and be seen as a star instead of a sidekick.  If only they could get the hottest Hollywood film director to notice them.  With a few madcap ideas and a song in their heart, the Teen Titans head to Tinsel Town, certain to pull off their dream.  But when the group is radically misdirected by a seriously Super-Villain and his maniacal plan to take over the Earth, things really go awry.  The team finds their friendship and their fighting spirit failing, putting the very fate of the Teen Titans themselves on the line!
The first-ever big-screen version of DC Entertainment and Cartoon Network’s animated TV show stars Greg Cipes (TV’s “Teenage Mutant Ninja Turtles”) as Beast Boy, Scott Menville (TV’s “Spider-Man”) as Robin, Khary Payton (“The Walking Dead”) as Cyborg, Tara Strong (the “My Little Pony” franchise) as Raven, and Hynden Walch (TV’s “Adventure Time with Finn & Jake”) as Starfire, reprising their roles from the series. 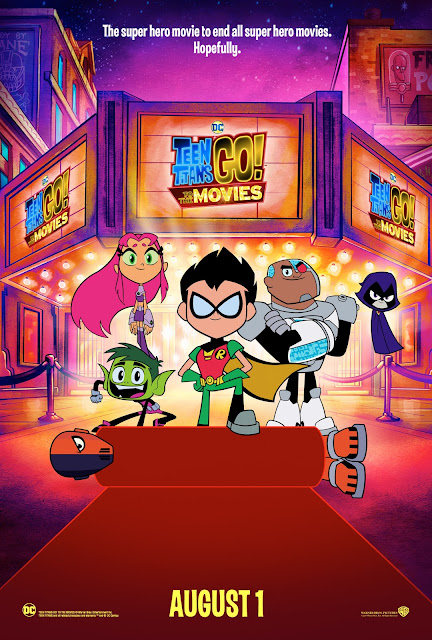