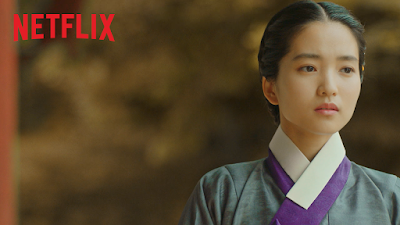 Netflix revealed the episode 15 preview trailer for the Korean original series Mr. Sunshine, a 24-episode drama from the creators of the global hit series Goblin and Descendants of the Sun.

Watch the trailer HERE.
Lee Wan-ik becomes more of a threat to Choseon as he threatens the government to put the country in danger. The government looks for a person that Lee Wan-ik cannot dare face up to. Dong-mae is free from confinement and is fully in action, while Hui-seong sends a marriage proposal to Ae-sin. Eugene makes a promise to himself that he will not run away from Choseon again, hinting that he will help out the government for his love.

Based in Shinmiyangyo, or the US expedition to Korea in the late 19th century, Mr. Sunshine tells the story of a Korean boy born into a family of house servants who runs away to board an American warship, later to return to his homeland as a US marine officer. He falls in love with an aristocrat’s daughter and discovers the dark scheme to colonize the country that he once ran away from. Check out the episodes for Mr. Sunshine only on Netflix.

Visit http://netflix.com/mrsunshine for more news and infos about Mr. Sunshine

About Netflix
Netflix is the world's leading internet entertainment service with 130 million memberships in over 190 countries enjoying TV series, documentaries and feature films across a wide variety of genres and languages. Members can watch as much as they want, anytime, anywhere, on any internet-connected screen. Members can play, pause and resume watching, all without commercials or commitments.
Labels: Mr. Sunshine Netflix Press Release