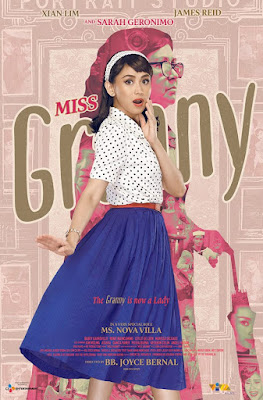 Fely (Nova Villa) and her daughter-in-law ( Lotlot De Leon) simply can't co-exist and to ease the burden on their family, she decides to walk away before his son (Nonie Buencamino) sends her to a retirement home. As she is walking in the streets, Fely came across to a photo studio to get a portrait but realizes afterwards that she mysteriously regains her youthful physical appearance. Now, known as Audrey (Sarah Geronimo), Fely tries to relive the moment and make the most out of the opportunities for her and her family. 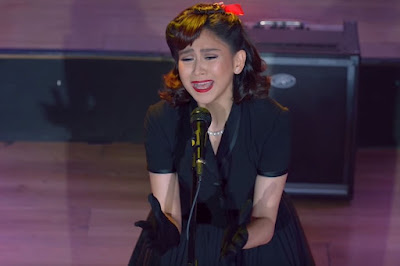 I have seen all the movie of Sarah Geronimo, and every film is just memorable because of the talent and positive energy she brings to the picture. I can safely say that Miss Granny is now my favorite film of her as she showcased her acting abilities and feature her versatility throughout. I just love how she made the character lovable, charming and funny in all angles. She is born to do this role and creatively made every scene remarkable and memorable at the same time. 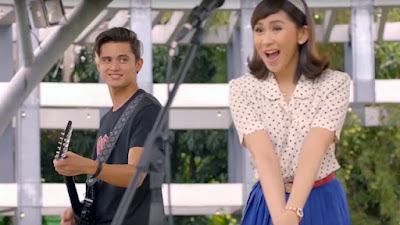 I haven't seen the original film but Director Joyce Bernal smoothly runs the story and made a great use of her talents to make the whole film compelling in every way. You'll feel sincerity of the film as the message given to the audience was reciprocated by tears, laughs and applause afterwards. Miss Granny already got my attention on the opening minutes, and I never left my seat until the end of the credits; thanks to its mesmerizing effect. I also loved the song numbers that is pretty lively and contagious as we were singing after leaving the cinema. 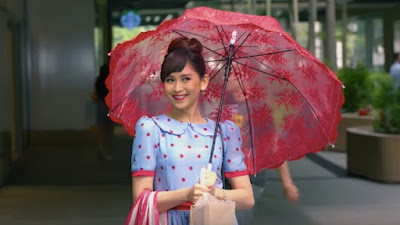 We know that it's going to be a highlight reel for Sarah Geronimo, but all the cast members contributed a lot and made the entire thing recommendable by all means. James Reid and Xian Lim both acted well despite not having a leading lady this time around. The two blended nicely with Sarah and the chemistry was overflowing from both sides. Nova Villa also did a great job in her very special role as she made us reminisce the times we were enjoying her at "Home Along the Riles" with Dolphy. Boboy Garovillo also had his time to shine as he interacted well with Sarah and Nova plus he had a lot of goofy moments that made the audience laugh out loud. Other supporting casts like Kim Molina, Nonie Buencamino and Lotlot De Leon managed to make their presence felt with their solid performances. 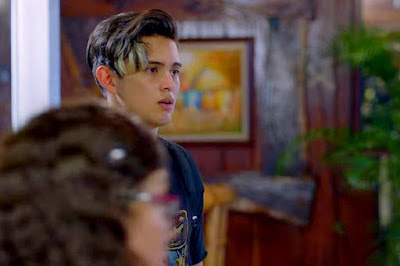 Overall, Miss Granny is highly entertaining because of its charismatic stars plus has a heartfelt message encrypted on its one-of-a-kind story. Sarah Geronimo once again uses her magic and alluring powers to make another unforgettable masterpiece that can be enjoyed by everyone on the big screen.