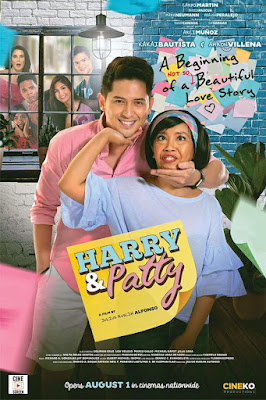 
Patty (Kakai Bautista) is a TNVS driver who had to endure a toxic workday schedule by getting passengers with different issues and to end her day she picks up a drunk Harry (Ahron Villena) and brought him up to his condo unit. This one forgettable night eventually became the start of something special between the two. Will the stars align and let them enjoy the life like in a fairy tale or will reality bites and prevent their hearts to experience a happily ever after?

Last night, was the red carpet premiere of Harry and Patty at SM North Edsa. We were excited to see this film since the trailer came out because it is just interesting how Kakai and Ahron pull off  a romantic comedy film knowing that they had an issue between them a few years back. 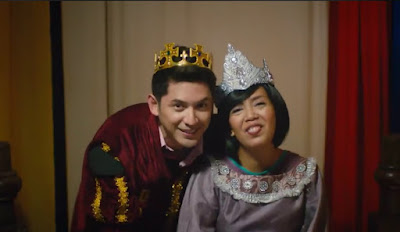 It turned out that Harry and Patty was such an enjoyable film from start to finish. The comedy was not forced and avoided the usual slapstick style that we often get from this genre. The jokes were pretty neat and solid throughout as the whole theater was just laughing with their hearts out in every scene. There are also a lot of cheesy moments that are heartfelt with the lead stars acting it out naturally.  It really was a surprising flick with a lot of twists and shocking revelations at the end that would make your cinematic experience complete. 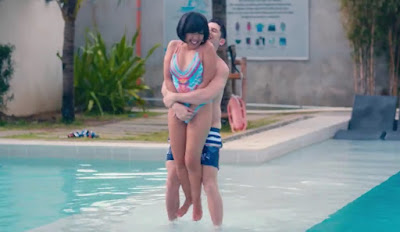 One solid thing about this film is the entire cast. We all know that Kakai Bautista is a talented comedian but what makes her so special is that she has the ability to captivate the audience with her simple comedy antics. This compliments his partner Ahron Villena, who creates a likable personality that resulted in a special on-screen chemistry that is clearly hard to resist. We've all seen this formula before with the likes of Kiray Celis proving that this would eventually work and capture the hearts of its viewers. The Kakai and Ahron love-team clicked here, and I can't wait so see more projects for them in the future. 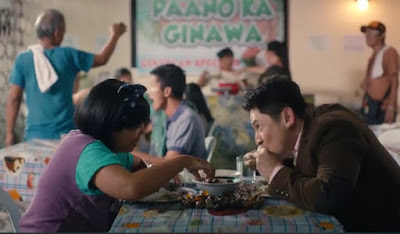 The supporting casts were also a major difference in bringing in more entertainment value to this picture. This is Mark Neuman's best performance yet, as we really enjoyed his character as Kakai's brother. His comedy timing was flawless and gave out a lot of quality scenes that would really make you laugh hard. Bodjie Pascua was also a difference maker and pulled out some of the classic jokes on the table. I also love the inclusion of Donna Cariaga as she proves to her doubters that she is going to be a big star in the future while Heaven Peralejo was gorgeously stunning whenever she is on the screen. 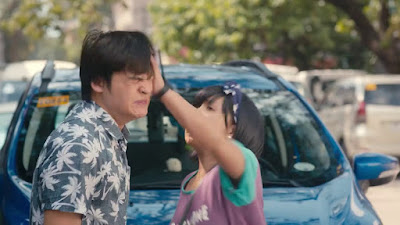 The material was pretty impressive as Director Julius Alfonso managed to provide a fresh formula for a comedy film. He already proved that he has a lot of tricks on his sleeves in last year's "Deadma Walking" and continues to create a solid comedy film that would give every movie goer the worth of the ticket price.

Overall, Harry and Patty is an engaging comedy film that has an amusing tale and eminently charming cast. It will make you laugh consistently with the smart script and deliver a little more than  you expected.