Check out the video below:


Ralph (John C. Reilly) and Vanellope (Sarah Silverman) encounter Shank and her unusual cohorts when they venture to the internet in search of a replacement part for Vanellope’s game, Sugar Rush. Shank, a tough-as-nails street racer, takes her role and her tricked-out car very seriously and doesn’t like to lose. When Vanellope finds herself in a street race with Shank, her Sugar Rush driving skills are put to the test—and Shank is impressed. “She is the coolest character in this world of Slaughter Race,” said director Rich Moore. “Shank’s lived a lot, she’s seen a lot, yet she’s got nothing but kindness in her heart—that’s the duality of that character.”

Said Gadot, “Shank is amazing at driving cars and has this bad-girl vibe to her. But as the movie goes on you realize how fun, wise and warm she really is on the inside, which is what I like most about her.”

According to director/writer Phil Johnston, Gadot adds extraordinary dimension to the character. “There's so much texture to her voice and so much living in her voice,” he said. “If Ralph is Vanellope's big-brother figure, we wanted a big-sister figure. We wanted someone that Vanellope would look up to, and Gal is definitely someone kids—and a lot of adults I know—aspire to emulate. I can't imagine anyone else embodying that part.”

Shank’s approach to racing—and life in general—opens Vanellope’s eyes to the limitless possibilities of the internet and the excitement of a new world that feels like home to her. 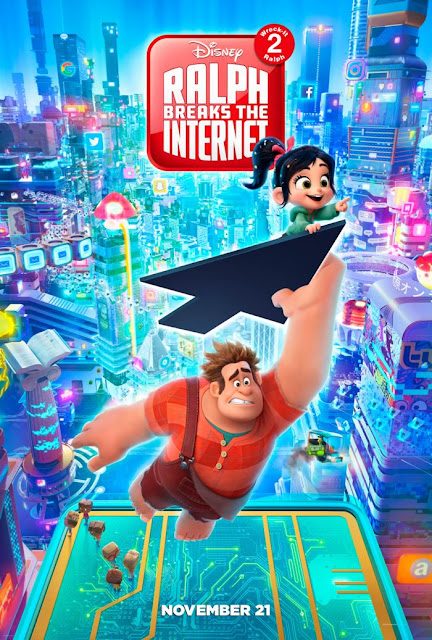 “Ralph Breaks the Internet” leaves Litwak’s video arcade behind, venturing into the uncharted, expansive and thrilling world of the internet—which may or may not survive Ralph’s wrecking. Video game bad guy Ralph (voice of John C. Reilly) and fellow misfit Vanellope von Schweetz (voice of Sarah Silverman) must risk it all by traveling to the world wide web in search of a replacement part to save Vanellope’s video game, Sugar Rush. In way over their heads, Ralph and Vanellope rely on the citizens of the internet—the Netizens—to help navigate their way, including Yesss (voice of Taraji P. Henson), who is the head algorithm and the heart and soul of the trend-making site “BuzzzTube,” and Shank (voice of Gal Gadot), a tough-as-nails driver from a gritty online auto-racing game called Slaughter Race. Directed by Rich Moore (“Zootopia,” “Wreck-It Ralph”) and Phil Johnston (co-writer “Wreck-It Ralph,” “Zootopia,” writer, “Cedar Rapids”), and produced by Clark Spencer (“Zootopia,” “Wreck-It Ralph,” “Bolt,” “Lilo & Stitch”), “Ralph Breaks the Internet” hits Philippine theaters on Nov. 21, 2018.
Labels: Gal Gadot Press Release Walt Disney Pictures Philippines Wreck-It Ralph 2