Fuqua Re-Teams With Washington For “THE EQUALIZER 2” 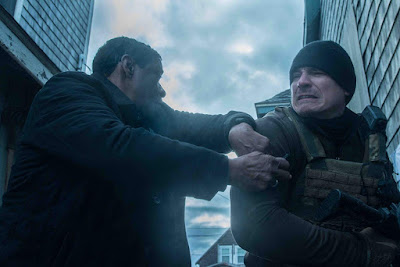 Director Antoine Fuqua returns to re-team with Denzel Washington for a fourth time in The Equalizer 2, following their successful collaborations on Training Day, The Magnificent Seven, and the first Equalizer film.
“I think people enjoy the idea, the myth, that a guy like Robert McCall exists.  McCall is a kind of dark angel – the angel we all wish would come down and serve justice to people who deserve it,” says Fuqua.
“He’s found his purpose, becoming a force for justice.  Until now, that has been for strangers.  But when someone close to McCall is killed, he seeks vengeance for his friend – and for himself.”
For Washington, the appeal of McCall is simple: “He’s hiding in plain sight, an everyman,” says the two-time Oscar®-winning actor.  This time around, he’s moved on; instead of selling you home improvement goods, he’s your Lyft driver – but the avenging angel who has fought for justice for strangers finds himself fighting a more personal battle than ever before.  “When we first see McCall, he’s trying to help other people who can’t help themselves, but it becomes very personal.” 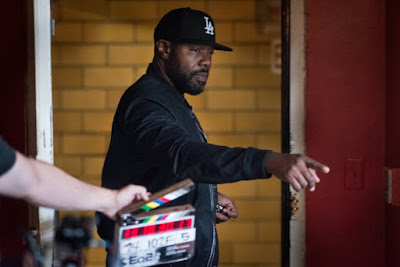 For Fuqua and the producers of the film, giving McCall that personal stake in his battles became the driving force.  “With the first film, I wasn’t surprised that people showed up to see Denzel – but I was surprised at how they responded to the idea of justice more than anything else in the film,” says Fuqua.  “I think people are feeling like outsiders who have no control over their lives, and we all wish we had a McCall who could swoop in and put us on the right path – not necessarily solve all our problems, but give us a chance to move in the right direction.”
“The Equalizer was an origin story,” says producer Jason Blumenthal.  “Robert McCall had successfully taken himself off the grid and was willing to live that existence until he could no longer turn a blind eye to the injustices around him.”
“But we know that the past doesn’t stay in the past,” says producer Todd Black, picking up the thought. “If the first film was about a man finding the purpose that will guide the rest of his life, this film is about that man applying that purpose, and, seeking revenge, and coming to terms with his past.  When we started talking about The Equalizer 2, we had the idea to explore who Robert McCall was – his background. Fortunately, our writer, Richard Wenk, came up with a very good plot that was organic for this next chapter.” 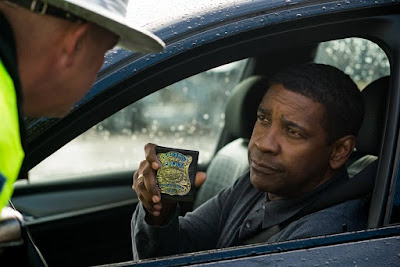 “Oddly, one of the things that the audiences loved about the first movie was that there was a lot of mystery to it, so I always planned that we would get more personal with McCall when it came to the second one,” says Wenk.
In The Equalizer 2, many of McCall’s secrets are revealed – his training, his skills, his wife, his relationship with Susan Plummer.  “McCall is still struggling with his past, his path, the death of his wife, with what he used to be,” says Fuqua.  “He finds himself on a path that leads him back home, and as the saying goes, the path home is sometimes the hardest.  And sometimes, you literally have to go through a storm to find peace.”

About The Equalizer 2
If you have a problem and nowhere else to turn, Robert McCall will help – he is The Equalizer. McCall has been aiding the beaten, exploited, and oppressed by serving an unflinching justice. But when McCall’s dangerous past cuts especially close to home, he will need all of his skills to settle the score. This time, he must come face to face with highly trained assassins who will stop at nothing to destroy him. Denzel Washington returns to one of his signature roles in the first sequel of his career.
Columbia Pictures presents an Escape Artists / Zhiv / Mace Neufeld production, The Equalizer 2.  Starring Denzel Washington, Pedro Pascal, Ashton Sanders, with Bill Pullman and Melissa Leo.  Directed by Antoine Fuqua.  Produced by Todd Black, Jason Blumenthal, Denzel Washington, Antoine Fuqua, Alex Siskin, Steve Tisch, Mace Neufeld, Tony Eldridge, and Michael Sloan.  Written by Richard Wenk.  Based on the television series created by Michael Sloan and Richard Lindheim. 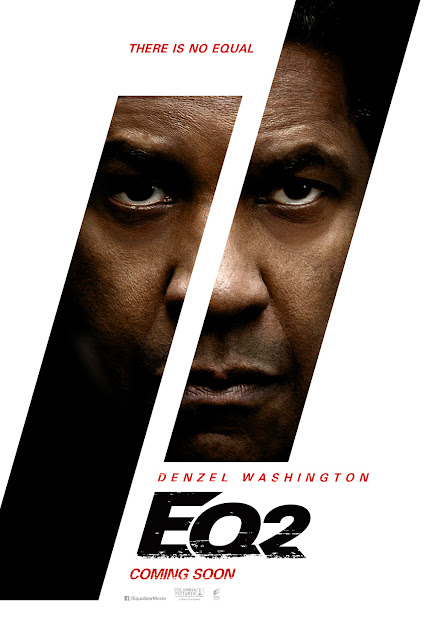 In Philippine cinemas August 29, The Equalizer 2 is distributed in the Philippines by Columbia Pictures, local office of Sony Pictures Releasing International.