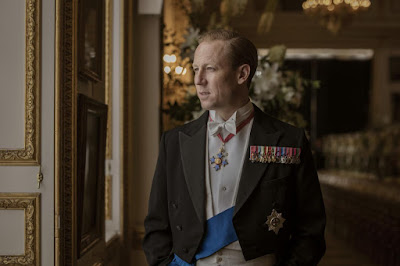 Netflix has released a first look photo of Tobias Menzies as Prince Philip in The Crown season 3. Menzies, best known for his roles as Frank Randall/Jonathan Randall in Outlander and Edmure Tully in Game of Thrones, is taking over the role from Matt Smith, who played the prince in the acclaimed series’ first two seasons.
Joining Menzies in the all-new cast for season 3 are Helena Bonham Carter as Princess Margaret, Ben Daniels as Antony Armstrong-Jones, and Olivia Colman, who will play Queen Elizabeth this time around.
The Crown season 3 will launch in 2019.
For more info about The Crown visit netflix.com/thecrown and follow their social media channels at
Twitter: TheCrown
Instagram: The Crown
Facebook: https://web.facebook.com/TheCrownNetflix