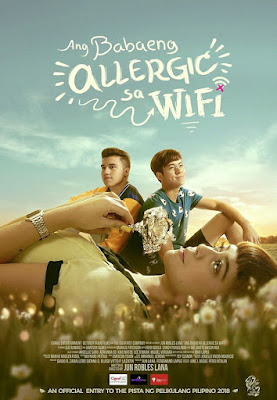 Aries (Jameson Blake), never believed in love at first sight until he laid his eyes on Norma (Sue Ramirez). However, it turns out that Norma is the girlfriend of his brother Leo (Markus Peterson) who is also a varsity player at their school. They are just simply the perfect couple together but when Norma was diagnosed with a rare disease called Electromagnetic hypersensitivity, the two is forced to work-on a long-distance relationship away from the social media world. Will their love last with this condition or will Aries try to express his true feelings to Norma?

It is Pista ng Pelikulang Pilipino next week, and we are all excited to see all the entries this year.  Luckily, we are able to watch the special press preview last night of "Ang Babaeng Allergic to Wifi" at SM Megamall Directors Club together with Director Jun Robles Lana and the cast of the film. 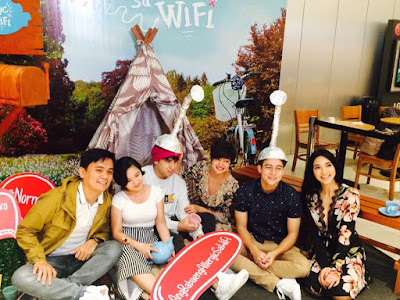 When the teaser trailer first came out, it instantly went viral online and with the fresh concept on the table, everyone is excited to see it. Finally, after watching the entire thing last night, we are just mesmerized with the whole idea of the story. We thought that it would be a simple romantic comedy flick, but it isn't. It has a lot of elements that will play with all your emotions while watching it; together with an awesome music playlist incorporating the gorgeous cinematography. I also love the fact that it has a lot of important lessons to be learned especially in this generation who are addicted into different social media platform. It allows the viewers to realize the importance of real-life and what are the things that we will miss when we are always online. 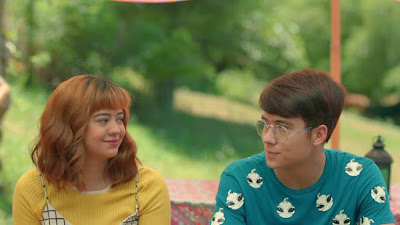 Director Jun Robles Lana has that creative imagination when it comes making movies just like what he did in Die Beautiful. He has the ability to inject the charm throughout and avoids generating dull moments and complicated situations. The entire script was such a beauty even some of the parts are cliched, but you won't complain as the whole setup was overpowering the slight flaws. It was a colorful piece of cinematic experience with an appealing cast to run the entire show. 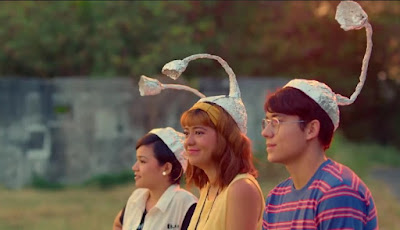 Sue Ramirez has always been an adorable actress, and she proved it again that she can be a bankable lead star. She has the charisma and could be paired to anyone and can still get the same result. Jameson Blake is also a talented rising star but should learn to give a different approach to his character to avoid being a card-board cut out of his previous role. Other than that, he portrayed his role really well and connected to the audience, especially on that part when you needed him the most. 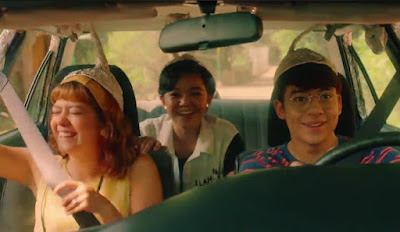 Markus Peterson, on the other hand, is just a replacement for Jerome Ponce, but he managed to claim the role, and we were surprised that he was really good in his debut film. But if I have to pick a favorite character in this story, I would easily pin-point Matcha who is played by the very energetic Angeli Nicole Sanoy. She is just all over the place and stole the spotlight whenever she is on the screen. Her performance was very natural and should earn her at least a Best Supporting Actress Award. Other casts also gave out a clean execution on their roles with Yayo Aguila, Boots Anson-Roa and Candy Pangilinan leading the charge.

Overall, Ang Babaeng Allergic Sa Wifi will surprise you in all angles from the beginning till the end. From the amazing performances of its casts to the one-of-a-kind tale that will genuinely pierce you right in the heart; the film is a must watch and highly-recommended to everyone. Also take note to bring a lot of tissues with you just in case.