Comedy superstar Adam Sandler once again provides the fatherly voice of Drac in Columbia Pictures’ Hotel Transylvania 3:  A Monster Vacation.
Drac’s life seems perfect. He’s surrounded by his family and the hotel is busier than ever. The only thing he needs is a vacation!  He can’t wait to spend some quality time with Mavis, Dennis and the rest of his family on the world’s first ever cruise for monsters.  But little does Drac know, this cruise is actually a well-designed trap to wipe out all monster-kind!!  Will Drac be able to sniff out this plan or will he be distracted by his new found love of the high seas?
“Drac doesn’t want to get out of his comfort zone,” says producer Michelle Murdocca.  “He’s busy running the hotel, it’s super successful, and his whole family works there.  But he’s missing something.  All of his guests are coupled up, and he’s beginning to feel a little lonely.” 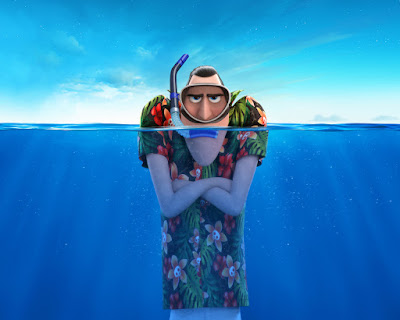 So when Mavis surprises him with a family cruise, Drac is not feeling it.  “The last thing he expects is to zing,” says director-writer Genndy Tartakovsky.  “And like all of us, when he zings, the blinders go on. ‘Zing’ in the monster version of love at first sight.  He gets on board, sees Ericka, and he’s a goner.  So he’s trying to help her fall in love with him, and the whole time, she may have sinister plans.”
Sandler needs no introduction. Over the past thirty years he has enjoyed phenomenal success as a comedian, actor, writer, producer and musician. 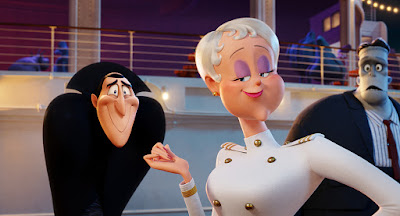 Sandler’s films have grossed over $3 billion worldwide and include box office hits such as Grown Ups, Big Daddy, The Longest Yard, and The Waterboy. His last four films for Netflix, The Ridiculous 6, The Do-Over, Sandy Wexler, and The Week Of have been the most-watched films on Netflix to-date. The Meyerowitz Stories directed by Noah Buambach, was loved by audiences and critics alike. Sandler will also begin filming this summer for his newest Netflix comedy Murder Mystery, alongside an all-star international cast including Jennifer Aniston and Luke Evans.
As one of the world’s most iconic comedians, Sandler has accumulated a plethora of accolades including eight People’s Choice Awards, five MTV Movie Awards, six Kids Choice Awards, two Grammy nominations for Comedy Album of the Year, a Golden Globe nomination for Punch-Drunk Love, a 2018 Critics Choice nomination for The Meyerowitz Stories, CinemaCon’s 2014 Male Star of the Year, and most recently, the 2018 Webby Award for Overall Achievement for his Netflix films. 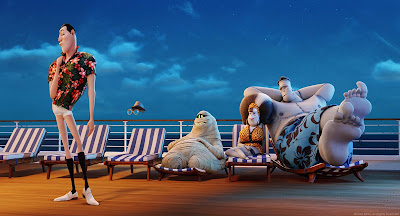 About Hotel Transylvania 3: A Monster Vacation
In Sony Pictures Animation’s Hotel Transylvania 3:  A Monster Vacation, join our favorite monster family as they embark on a vacation on a luxury monster cruise ship so Drac can take a summer vacation from providing everyone else’s vacation at the hotel. It’s smooth sailing for Drac’s Pack as the monsters indulge in all of the shipboard fun the cruise has to offer, from monster volleyball to exotic excursions, and catching up on their moon tans. But the dream vacation turns into a nightmare when Mavis realizes Drac has fallen for the mysterious captain of the ship, Ericka, who hides a dangerous secret that could destroy all of monsterkind. 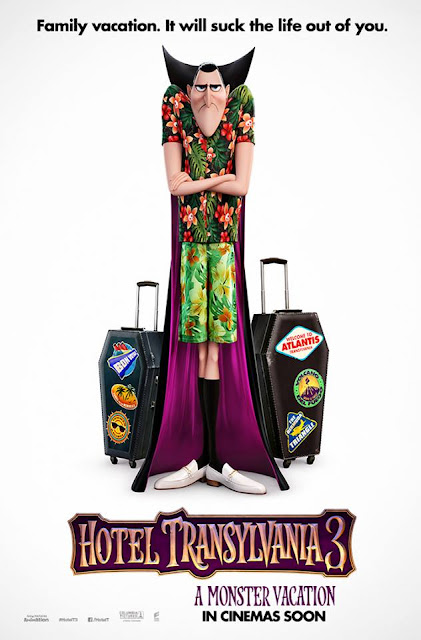