Watch the trailer to ‘Nightflyers,’ the new TV series based on the novella from the author of ‘Game of Thrones’ 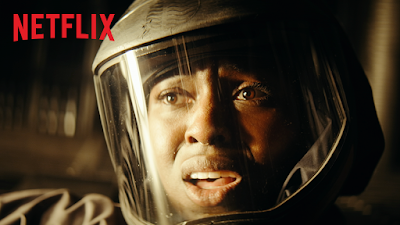 Board at your own risk.

Nightflyers follows eight maverick scientists and a powerful telepath who embark on an expedition to the edge of our solar system aboard The Nightflyer − a ship with a small tightknit crew and a reclusive captain − in the hope of making contact with alien life. But when terrifying and violent events begin to take place, they start to question each other − and surviving the journey proves harder than anyone thought.

Nightflyers will launch on Netflix outside of the U.S. in 2019. The season will consist of 10 episodes.

For more info and news about Nightflyers visit www.netflix.com/nightflyers and follow their social media accounts at