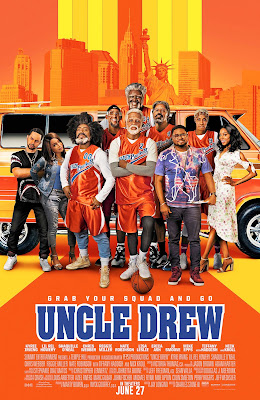 
Dax (LilRel Howery) main goal in life is to win the Rucker Classic street basketball tournament and win the 100K grand prize. He sponsors a team and basically gave everything from his life savings. However, when his longtime rival Mookie (Nick Kroll), enters the picture and steals his team, Dax finds himself empty handed. Soon, desperate to join, Dax meets the legendary Uncle Drew (Kyrie Irving), and the two embarks into a road trip to assemble the old-school team and compete for the last time. 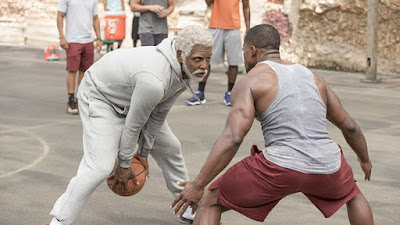 Uncle Drew is a timely basketball themed comedy flick as we are still having a hangover from the previous NBA finals plus the fiasco last Monday night in the FIBA and the luring of free agents to sign this busy off season. The film is pretty good when it comes to comedy as the Pepsi Max commercial idea definitely had enough gas to sustain a full length. The material is like Johnny Knoxville's Bad Grandpa but this time the seniors enter the court to play ball and to make it even more interesting as Kyrie is joined by an elite group of NBA legends to back the entire thing up. 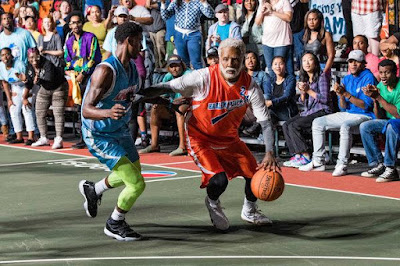 Shaquille O’Neal, Chris Webber, Reggie Miller and Nate Robinson complete the line-up, and all shelled out a fun-filled performance. Kyrie was pretty outstanding too despite his debut on a full movie. The comedy antics are pretty funny even its already quite predictable and cliched at the same time. However, we still enjoyed the killer-crossovers and highlight reels inside the court and of course the back and forth war between Nick Kroll and LilRel Howery. 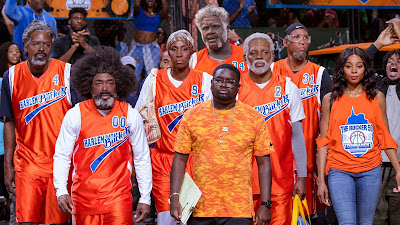 Overall, Uncle Drew is a solid film for basketball junkies who wants to see their favorite stars go wild and crazy. Hitting three-point baskets, dribbling around the course and dunking the ball inside the rim is more fun with a bit of comedy on the sidelines. This is a perfect stress-reliever flick for you and your friends to enjoy inside the cinemas.