The Spy Who Dumped Me: Movie Review 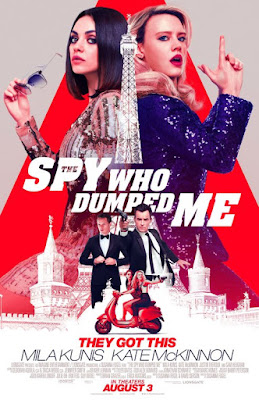 On the night of Audrey (Mila Kunis) birthday, Morgan (Kate McKinnon) her best friend, encourage her to destroy everything that reminds her of her ex-boyfriend Drew (Justin Theroux) so she can totally move on with her life. However, Drew shows up into her apartment claiming that he is a spy and asked Audrey to take care of a package that could put the entire world at risk if it goes into the hands of the wrong guys. Soon, Audrey and Morgan find themselves running throughout Europe away from deadly assassins and FBI agents. Without anyone to trust, they try to get out of the mess and draw a plan in order to save the world. 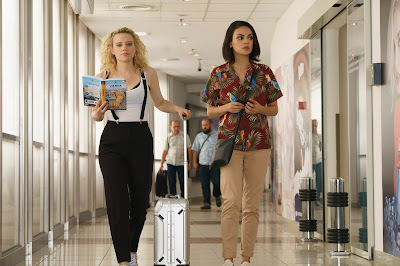 There are a lot of notable spy comedy flicks that have been released in recent years, You have Melissa McCarthy's "Spy" or Rowan Atkinson's "Johnny English" which also have a sequel coming out this year. However, what separates "The Spy Who Dumped Me" from this film is that it has a one-two punch combo of two reliable stars who can deliver the comedy in a very enjoyable fashion. 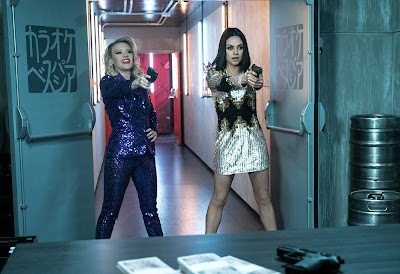 Mila Kunis and Kate McKinnon are like the female version of Jackie Chan and Chris Tucker of Rush Hour. They carried all the momentum and deliver the film big time with charismatic appeal and with high level of humor. We all know that Mila Kunis is capable of providing goods when it comes to comedy films as she already proved that she is a force to reckon in this kind of genre. Kate McKinnon is also a gifted actress when it comes to comedy, but here she owns the spotlight and took on the challenge to shine brightly. She has the adrenaline of Usain Bolt and keeps the film fueled with gags and laughter whenever she is doing something on a scene. She is just simply the highlight reel from start to finish. 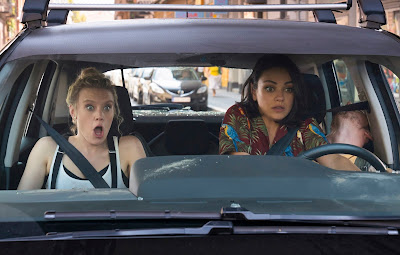 The story is just quite simple but confusing at times. However, you can easily get along with all the comic gags equipped with neat action sequences to light the screen up. You can also feel a lot of stamps in your passports as the film transports you to different beautiful places in Europe. There are also a lot of run and chase scenes that are choreographed well. It is hilarious and entertaining as a whole, and we will not be surprised if this film gets a sequel in the future. 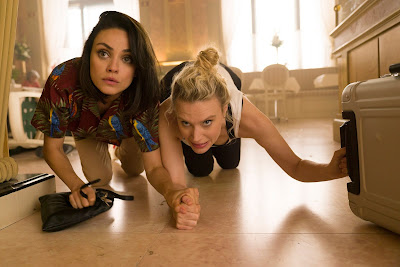 Overall, The Spy Who Dumped Me amazingly hits the comedy with perfect timing and is carried all the way by its charming lead stars. Kate McKinnon definitely shines in here and Mila Kunis just brought her A-game with her. It is a compelling spy comedy flick that can be your stress reliever next week when it finally opens in cinemas.