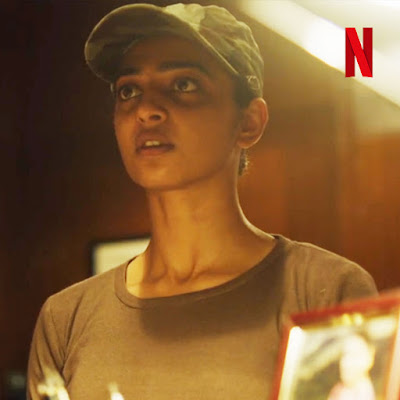 From the makers of Insidious, Get Out, and Udta Punjab - GHOUL is a chilling series about a prisoner who arrives at a remote military interrogation center and turns the tables on his interrogators, exposing their most shameful secrets. You can fight the demons of this world but what about the ones that aren't?


Based on Arabic folklore, GHOUL is set at a covert detention center at which military officials question and often torture suspected terrorists.  Nida (Rathika Apte), a newly minted interrogator who turned in her own father as an anti-government activist, arrives at the center to discover that some of these terrorists are not of this world, and she must fight for not just the truth behind the military's hyper-nationalist goals, but for her survival in the face of demons, both human and not.


About Netflix
Netflix is the world's leading internet entertainment service with 125 million memberships in over 190 countries enjoying TV series, documentaries and feature films across a wide variety of genres and languages. Members can watch as much as they want, anytime, anywhere, on any internet-connected screen. Members can play, pause and resume watching, all without commercials or commitments.