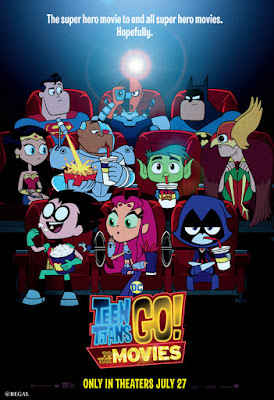 Robin (voiced by Scott Menville) is being tired of being labeled as a side-kick and calling his team as a complete joke. In order to gain a respectable reputation, Robin wants to have a movie of their own. However, he must convince Director Jade Wilson (Kristen Bell) that he deserves to have their own movie franchise and in order to do that, they need to find an arch-nemesis. Soon, the group crossed their path with Slade (Will Arnett) who has a dark diabolical plan of his own and thinking he could be the answer to their problem, Robin and his friends try to stop him and save the day. 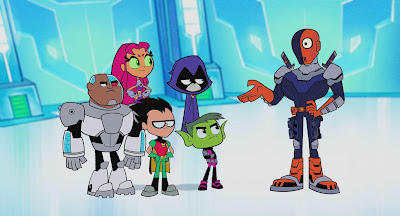 Honestly, I haven't watched a single episode, but I was surprised that this turned out pretty good from start to finish. The humor was just spread out neatly throughout, and I can't help myself from enjoying the entire thing while enjoying a tub of popcorn. It clearly has a lot of cylinders to entertain, and obviously they succeeded in all aspects. It is hard to stretch a regular ten-minute episode to a whole movie, but they managed to hit the right notes and create a film that easily stood out. 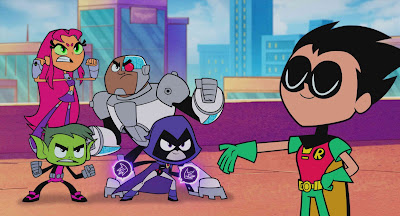 This animated film is definitely a fun-filled cinematic pleasure not only for the kids but more on the adults having fun with a lot of Marvel references giving them a dose of their own medicine. Aside from its simple animation, the story core is pretty straightforward but there are times that they became repetitive of some of their jokes. Still, everything is smartly written and some of the scenes were just infectiously outrageous. 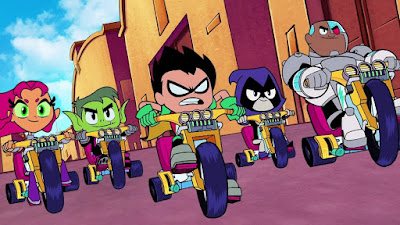 It is also a plus to the film that it has an awesome voice-cast to back the entire thing up. The energy is ballistic, imagine Nicolas Cage voicing out Superman and not to mention Kristen Bell lending his charming voice to Director Jade Wilson. Will Arnett also did a great job as Slade while the main core of the cast were pretty much into it the whole time. 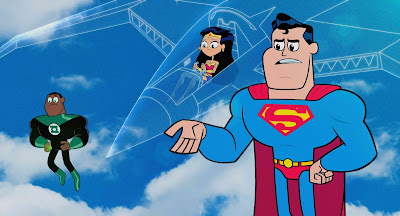 Overall, 'Teen Titans Go! To the Movies" is a sharp-witted animated flick that got the best out of their Marvel references. From the cameos you never expected to see up to the dark humorous jokes to the DC universe, the film just surprises everyone in the cinema. It is enjoyable as a whole and can easily entertain audiences in all ages.